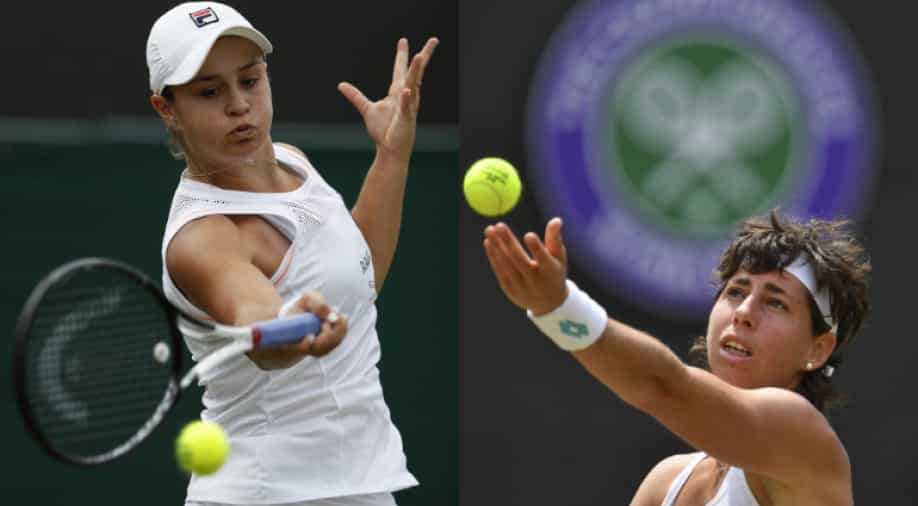 Ashleigh Barty will meet visit veteran Carla Suarez Navarro in her first-round match at Wimbledon 2021. Without reigning champ Simona Halep, the All England Club has chosen to give Ashleigh Barty the honor of opening procedures on Center Court on Tuesday.

After very nearly a year-long break because of the pandemic, Ashleigh Barty's beginning to 2021 was genuinely noteworthy. The 2019 Roland Garros champion has made four finals effectively this year, winning three of them. Ashleigh Barty's best outcome at the All England Club came two years prior when she made the fourth round. She would be quick to enhance that in the 2021 version of the competition.

Suarez Navarro, in the interim, beat cancer recently and reported that 2021 would be the last period of her vocation. She played the initial match of her comeback at the French Open recently, where she went down battling in three sets against Sloane Stephens. Playing in her eleventh Wimbledon draw, she has arrived at the fourth round thrice.

There is no head-to-head record between Ashleigh Barty and Carla Suarez Navarro since this will be the first occasion when that they will go head-to-head in the main tour.

As of now world no. 1 Ashleigh Barty will begin her journey at Wimbledon after she played her last match in Paris where she lost 6-1 2-2 to Magda Linette in the second round.

Positioned no. 138, Carla Suarez Navarro will begin her spat London after she played her last match in Paris where she lost 3-6 7-6(4) 6-4 to Stephens in the first round.

Carla Suarez Navarro has a general 0-1 success loss record in 2021, 0-0 on grass. This will be the primary match of the period on grass. As far as her profession, Carla has a generally 448-309 record. She has a positive 28-25 record on grass.

Ashleigh Barty's game has regularly been hailed as ideal for speedy grasscourt conditions. She has an assortment of shots in her munitions stockpile alongside wonderful court inclusion, the two of which are resources on a superficial level.

Suarez Navarro will hope to assume responsibility for the conventions with her topspin forehand, and move the favorite around with her flexible solitary strike.