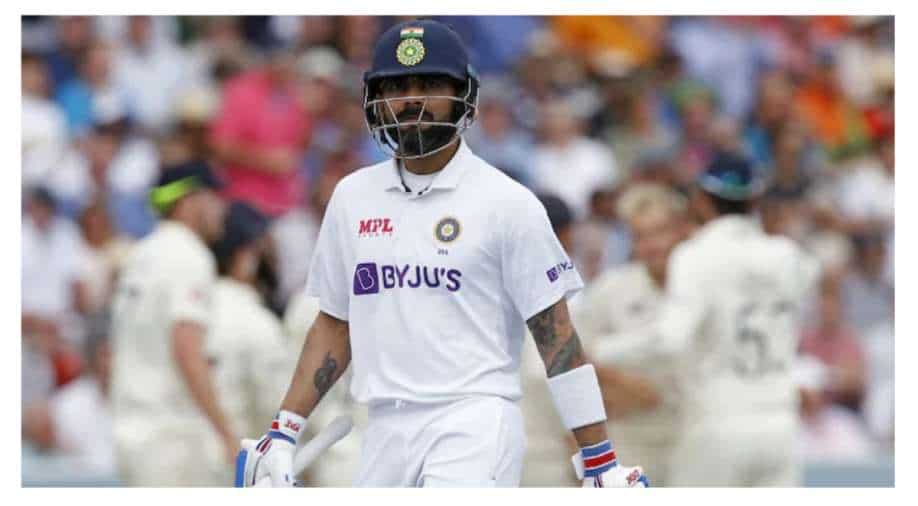 Former Indian opener Aakash Chopra opined whether Kohli will be able to break his century jinx during the series decider vs England, which got underway on Friday (July 01) in Edgbaston, Birmingham.

Virat Kohli's century-drought remains a talking point in the cricketing fraternity. It isn't an unknown fact that the 33-year-old former skipper's last international hundred came in late 2019, in the pre-Covid era. Since then, the right-hander has crossed the fifty-run mark on several occasions, especially in shorter formats, but hasn't touched the triple-figure mark.

Ahead of the fifth and final Test between India and England -- which is part of the incomplete five-match series held last year in England -- former Indian opener Aakash Chopra opined whether Kohli will be able to break his century jinx during the series decider, which got underway on Friday (July 01) in Edgbaston, Birmingham.

"Kohli and Pant together will score more than 120 runs. The big question is will Kohli finally get his 71st hundred in this game? I don't think so. Although he got his first Test hundred in England on this ground, I doubt whether he will get a hundred this time. But he and Pant will still be among the runs," the former India batter said on his YouTube channel.

"Root and Stokes together will score more than 120 runs in the game. Root scored three hundreds last time and Iss Root ki sabhi line vyast hai (all lines on this Root are busy) as he has been in tremendous form. Stokes has done well as captain but hasn't scored many runs. However I think runs will come from his bat too in this game," added Chopra.

At present, India are 53 for 2 in 20.1 overs after being asked to bat first in the first session of the opening day before rain, and wet outfield, interrupted proceedings. Jasprit Bumrah is leading India in regular captain Rohit Sharma's absence, who is ruled out due to Covid concerns.