Will ask Virat if he is in a good mood: Paine on playing 'pink ball' Test against India 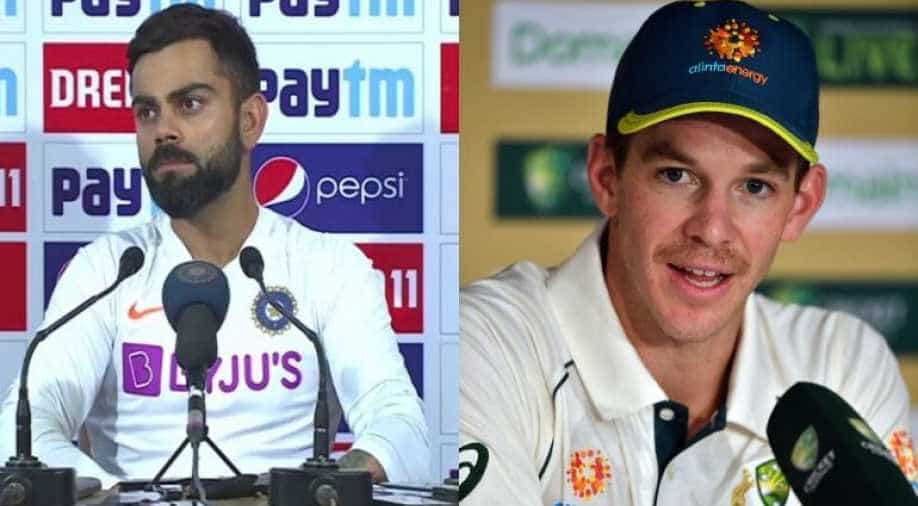 India has consolidated its position at the top of ICC World Test Championship with 360 points, without losing a point in the nine-team Championship.

After India emphatically beat Bangladesh by an innings and 46 runs on the third day of the 'pink-ball' Test on Sunday in Kolkata’s Eden Gardens, Australian captain Tim Paine took a dig at Virat Kohli saying that Indian captain's "mood" will decide whether the two teams will play the day/night Test in Australia next year.

India has consolidated its position at the top of ICC World Test Championship with 360 points without losing a point in the nine-team Championship. India secured a 2-0 win against West Indies, 3-0 against South Africa and now 2-0 against Bangladesh.

Kohli's team is followed by Australia who are at 116 points after winning their first Test against Pakistan in the ongoing home series after defeating Pakistan by an innings and 5 runs.

“We'll ask Virat and see if we can get his permission to play here and maybe even a pink-ball Test if he is in a good mood. So we'll wait and see,” Paine said in a post-match press conference to reporters.

India and Australia are set to play a Test series Down Under next year.

India had last year turned down the offer to play a day/night Test against Australia in Adelaide. On India’s decision not to play the match, captain Virat Kohli had said that the team wanted to play with the pink ball in home conditions first.

A total of 12 day-night Tests have been played so far with Australia leading the charts winning all 5 Tests. Australia had won the first-ever day/night against New Zealand at Adelaide by 3 wickets in 2015.

Kohli in the post-match conference on Sunday expressed openness about playing a 'pink ball' Test away from home.

“Just because we know our conditions and our bowlers are bowling so well, you do not really feel that challenge. Maybe when we play away from home, we will figure out what could be even more difficult playing with the pink ball," Kohli told reporters.