Who is Jaya Bhardwaj? - All you need to know about CSK pacer Deepak Chahar's fiance 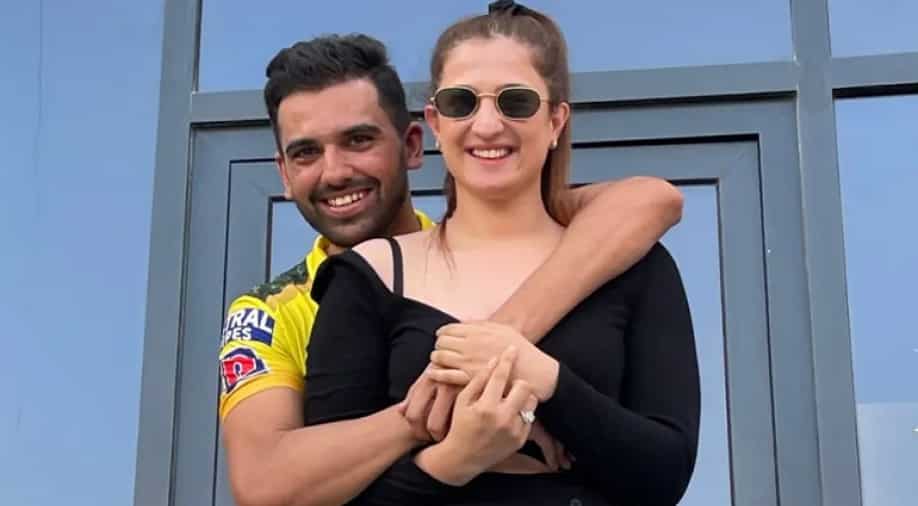 Chennai Super Kings (CSK) pacer Deepak Chahar was seen proposing to his girlfriend Jaya Bhardwaj after his side's clash against Punjab Kings in IPL 2021 on Thursday. Here is all you need to know about Chahar's fiance Jaya Bhardwaj.

Chennai Super Kings (CSK) pacer Deepak Chahar might not have managed to impress in his side's clash against Punjab Kings (PBKS) on Thursday (October 07) but he stole the show post the conclusion of the game. Deepak proposed to his girlfriend Jaya Bhardwaj at the Dubai International Stadium, making his relationship official.

Deepak and Jaya have reportedly been dating for quite a while now but kept their relationship under the wraps. Jaya has often been spotted in the stands during CSK's matches with the wives and family members of the other players. The rumours of Deepak being in a relationship with Jaya had surfaced earlier this year. However, the couple never made an appearance together in the public.

Deepak was seen proposing to Jaya on his knees. The couple also exchanged rings at the stadium in front of family members of the CSK players and the other support staff. "Picture says it all. Need all your blessings #taken," Deepak wrote on Instagram while sharing a picture of himself proposing Jaya. The incident has since become the talk of the town with wishes pouring in for the couple from all corners.

Deepak's fiance Jaya is the sister of former Bigg Boss contestant and actor Sidharth Bhardwaj, who had come into the limelight after winning the reality show MTV Splitsvilla 2. Jaya is a graduate of Mumbai University and is currently employed with a corporate firm. She hails from Delhi.

As per reports, Deepak had already introduced Jaya to his Indian teammates and CSK teammates earlier this year. He looks all set to soon tie the knot with her after officially proposing to her in public during the ongoing IPL 2021. The 29-year-old has been a part of the CSK squad since 2018 and has already won the IPL trophy once with MS Dhoni & Co.

CSK lost the game against Punjab Kings by six wickets on Thursday and ended their league campaign with their third successive loss but the Men in Yellow have already qualified for the playoffs and are all but guaranteed to finish at the second spot.