'When match gets tight...' - Ex-Indian opener on Rishabh Pant's captaincy after India go 2-0 down vs SA 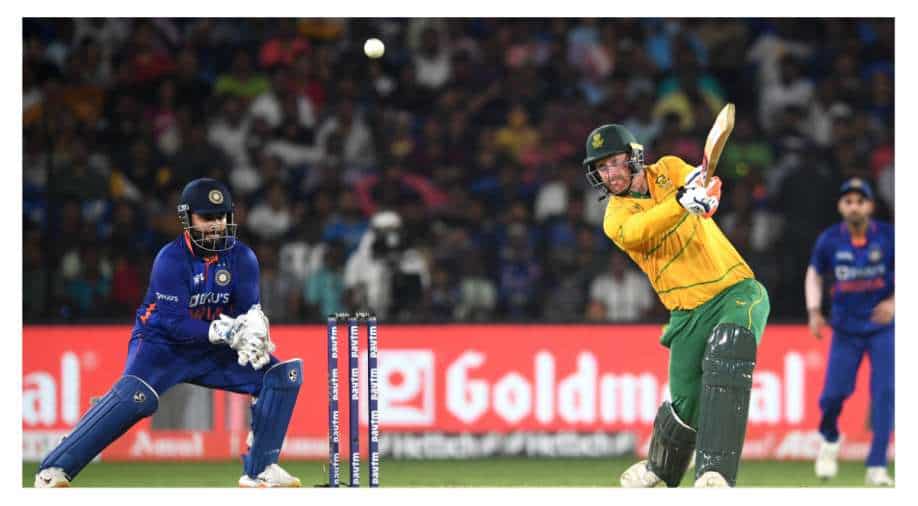 India vs South Africa, 2nd T20I: After the home side lost the second match by four wickets, the former Indian opener has now opined on Rishabh Pant's captaincy.

India went down to Temba Bavuma-led South Africa by four wickets to lose the second T20I after conceding the series opener, on June 09. On Sunday evening (June 12), the Rishabh Pant-led hosts locked horns with the Proteas for the second encounter, of the five-match series, with an aim to level the scoreline 1-1.

However, Pant & Co. were no match to the visiting side who continued their winning run versus India across formats in the calendar year. Being asked to bat first, India rode on Ishan Kishan's 34, Shreyas Iyer's 40 and Dinesh Karthik's unbeaten 30 to post 148-6. In reply, SA was 29-3 before Heinrich Klaasen's 46-ball 81 propelled them to a four-wicket win, with 10 balls to spare.

After the clash, former Indian opener Wasim Jaffer opined on Pant's captaincy. Jaffer took note of Pant's IPL captaincy, where he leads the Delhi Capitals (DC), and stated that the 24-year-old panics easily when the situation gets intense in the middle.

In an ESPNCricinfo show, the ex-Indian opener and Punjab Kings (PBKS) batting coach was asked whether Pant changes his plans and strategies too easily. To this, he agreed and pointed out, "Yes, we saw something similar in the IPL as well. I feel the more he captains, the better he'll get. But, yes, at this stage, I think when the match gets tight, he panics a bit."

Pant was criticised for not using Yuzvendra Chahal's full quota of overs in the series opener loss, in New Delhi, India, and in the second T20I, he was lashed out for over-relying on Chahal. Even in IPL 2022, the young wicketkeeper made several errors in judgments as a skipper, including poor usage of DRS and rotation of bowlers (along with dropping some crucial catches), as DC didn't qualify for the playoffs.

At the post-match presentation, Pant said, "We were 10-15 runs short. Bhuvi and the fast bowlers bowled well in the first 7-8 overs. But after that we weren't up to the mark. In the second half we needed wickets, but we couldn't get those wickets. They (Klaasen and Bavuma) actually batted really well. We could have bowled better, hope we improve in the next game. We need to win all the remaining three games now."