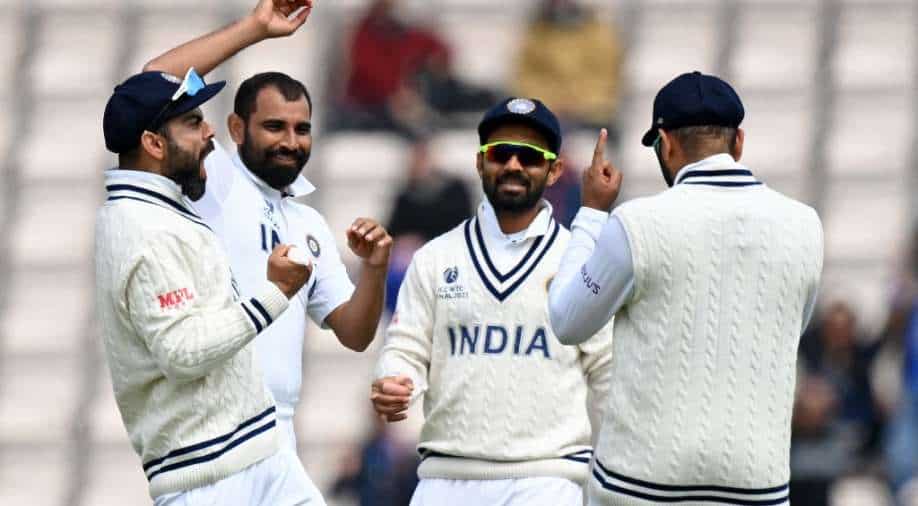 "We will not wait for a year or so and have to plan. If you see our white-ball team now, we have great depth and guys are ready and confident. The same thing needs to be done with Test cricket.

After losing the World Test Championship Final against New Zealand, Skipper Virat Kohli has suggested that there can be changes in the Test side as they go ahead.

"We will continue to reassess and continue to have conversations around what are the things required to strengthen our side and not follow or fall prey to certain patterns," Kohli said at the post-match virtual press conference.

"We will not wait for a year or so and have to plan. If you see our white-ball team now, we have great depth and guys are ready and confident. The same thing needs to be done with Test cricket.

Cheteshwar Pujara's poor show in the WTC Final has put his position in jeopardy. The Indian Test specialist has failed to show intent and his slow-paced innings has put some pressure on the team's batting lineup.

"You have to reassess and replan and understand what dynamics work for the team and how we can be fearless. Bring in the right people who have right mindset to perform," the skipper added.

"I think evolving with the game and improving yourself with the game is very important and when you have been a top side for few years in a row, you don't want to suddenly drop your standards...

"We will certainly take those decisions and have those conversations and in near future," the skipper looked visibly hurt and in a mood to take some tough calls in near future.

"We definitely need to work out better plans on understanding how to score runs. We have to stay in sync with the momentum of the game and not let the game drift away too much. I don't think there are any technical difficulties as such," he asserted.

"It's more down to game awareness and being more brave in putting bowlers under pressure and not allowing them to bowl in similar areas for longer periods of time unless it is absolutely overcast and ball swinging all over the place like it happened on day 1."

"You can't be too worried about getting out as your bringing the bowler into the game completely. If as a batting unit, we put 300 on the board, it's a different kind of pressure on the opposition with the kind of bowlers we have. Kohli urged his batsmen to take calculated risks and strike a balance between well-timed strokeplay and holding an end.

"The endeavour would be to try and score runs and not worry about getting out in testing conditions. That's the way you can put the opposition under pressure otherwise you are standing there hoping that you don't get out, which you eventually will be because you are not being optimistic enough.