We were hurt too much by Pakistan loss: Asghar Afghan reveals reason behind sudden retirement 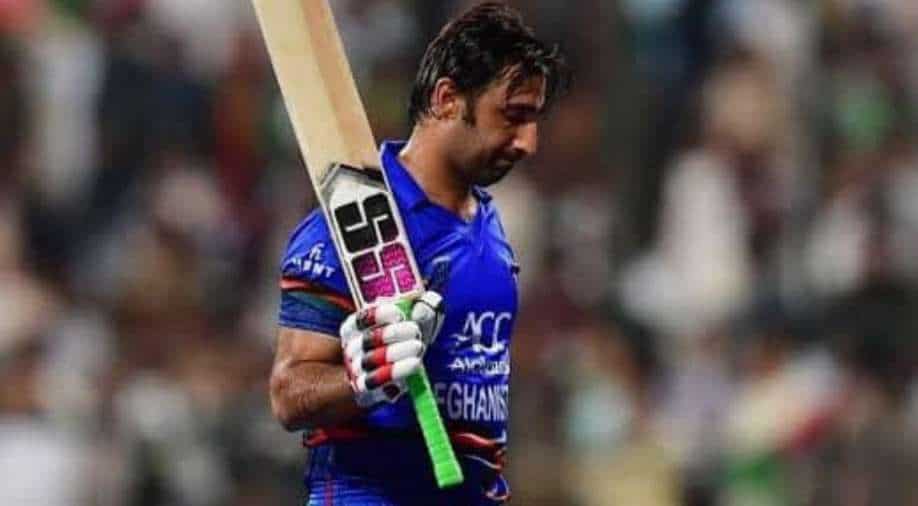 played six Tests, 114 ODIs and 75 T20Is, including the Namibia match, in his career, scoring 4246 runs across formats

Former captain Asghar Afghan appeared in the last match for Afghanistan against Namibia in the Twenty20 World Cup on Sunday (October 31), as he announced his retirement from international cricket.

Teary-eyed Asghar revealed the reason behind his decision to retire in the middle of the tournament, which is underway in UAE and Oman. He said the decision was triggered by the pain that he and his teammates endured after a heart-breaking loss to Pakistan in their previous match.

Wiping his tears during a chat after the end of the first innings, Asghar said, "In the last match, we were hurt too much, and that's why I decided to retire," Asghar, who has led Afghanistan in 115 matches. There are plenty of memories, it's difficult for me, but I have to retire."

Asghar Afghan will bow out from the international game, following #Afghanistan's #T20WorldCup match against #Namibia.

"I want to give chance to youngsters. I think this is a good opportunity for that. Most people are asking me why now but it's something I cannot explain," said Afghan, who scored a 23-ball 31 on Sunday.

The global cricket governing body, the International Cricket Council (ICC) congratulated Asghar for a superb career that has seen him play a crucial role in his country's rise in international cricket.

ICC acting chief executive Geoff Allardice said: "Asghar has been a great ambassador of the game and played a huge part in Afghanistan's rise up the ranks in world cricket. He has played a pivotal role as batter and led his team astutely during his time as captain. On behalf of the ICC, I wish him all the best for the future and hope that he continues to be associated with the game in the years to come."

Asghar led his side in all three formats of cricket for six years but he was sacked two weeks before the start of the 2019 World Cup in England. He eventually won back the captaincy but was axed again in June this year after being blamed for the team's poor form in a Test series in Zimbabwe.