We shouldn't jump to conclusions: Gavaskar reacts as many sniff rift between Virat Kohli and Rohit Sharma 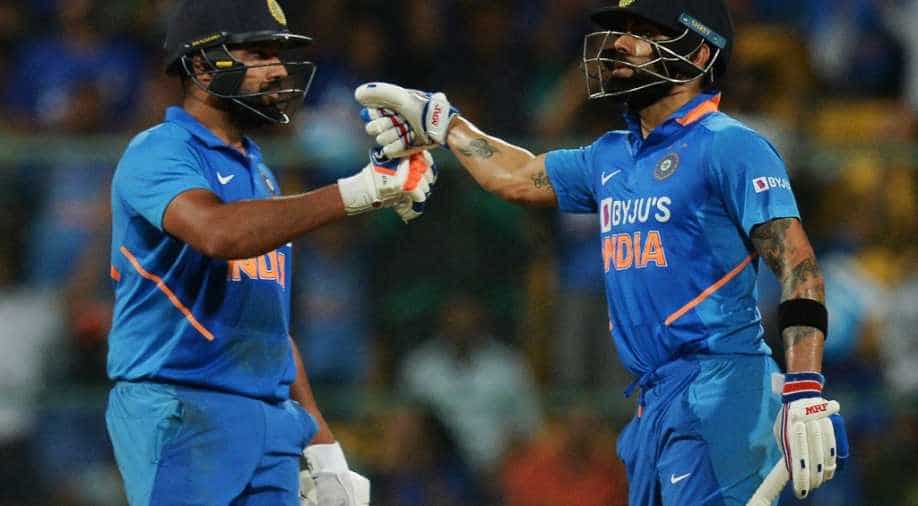 Team India have seen various changes in the leadership group post the T20 World Cup in the UAE. Ravi Shastri was succeeded by Rahul Dravid as the head coach whereas Rohit Sharma took over as the T20I captain, after Virat Kohli's resignation.

Last week, BCCI replaced Kohli as the ODI captain as Rohit has become the new limited-overs captain of Team India. In addition, Hitman has been promoted as Kohli's deputy in Test cricket; replacing Ajinkya Rahane.

While many have reacted to the above-mentioned changes in the Indian team, there are some who feel things aren't at its best between Rohit and Kohli post the ODI captaincy switch. The speculations increased as reports started flowing in that Kohli is set to skip the India-South Africa ODIs, in the African nation early in 2022, following the recent turn of events.

Kohli's likely unavailability for the ODIs started doing the rounds after news came in that Rohit will miss the preceding three Tests versus South Africa due to injury. Thus, many believe there's a rift between the two superstar cricketers.

Mohammad Azharuddin, former Indian captain, also reacted to the development on social media platform Twitter.  Azharuddin wrote: “Virat Kohli has informed that he's not available for the ODI series & Rohit Sharma is unavailable for the upcoming tests. There is no harm in taking a break but the timing has to be better. This just substantiates speculation about the rift. Neither will be giving up the other form of cricket.”

Virat Kohli has informed that he's not available for the ODI series & Rohit Sharma is unavailable fr d upcoming test. There is no harm in takin a break but d timing has to be better. This just substantiates speculation abt d rift. Neither wil be giving up d other form of cricket.

Now, Little Master Sunil Gavaskar has joined the bandwagon. "The question is, 'is there anything simmering at all (between Kohli and Rohit)?' Unless both the players come out with something, we should not jump to conclusions. Yes, Azharuddin has said something but if he has got some inside information about what has happened then he should be coming out and telling us what happened.

"Till then, I will give the benefit of the doubt to both the players. Because both have served Indian cricket brilliantly and I don't think it is fair at all for any one of us, without having exact information, to be pointing fingers at either of them," Gavaskar told India Today.

Reportedly, Kohli is set to address the media in a press conference on Wednesday (December 15). More clarity is expected once the Test captain interacts with the reporters.

At present, India is gearing up for the South Africa tour, comprising three Tests and ODIs each.