'We have a job to do': Julian Draxler asks PSG to focus on UCL tie rather than missing stars 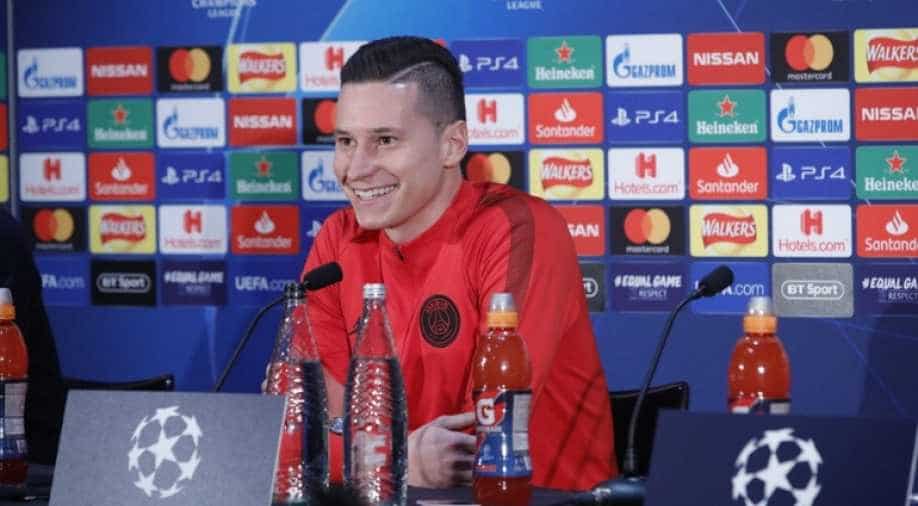 PSG are reeling from key injuries after Edinson Cavani and Thomas Meunier joined star striker Neymar in being ruled out.

Paris Saint-Germain's German footballer Julian Draxler admitted that Neymar and Edinson Cavani will be missed but he is confident that his team will 'draw strength from the group' for their round-of-16 first-leg tie against Manchester United on Wednesday.

PSG are reeling from key injuries after Edinson Cavani and Thomas Meunier joined star striker Neymar in being ruled out.

While Draxler could help to fill the void left by Neymar and Cavani but he asked his teammates to focus on themselves ahead of the match at Old Trafford.

"This Round of 16 tie will be different from last year's. It's up to us to show that we are capable of winning," said Draxler during the pre-match press conference.

"I've sent a message to and I spoke to Cavani just after the game we played at home in Paris and we know that we're going to miss him. Of course, I am disappointed that Neymar, Cavani and Meunier are out."

"But we have a job to do tomorrow night, we can do it," he added.

Paris St Germain coach Thomas Tuchel said that it is unfair to expect one player to make up for the injured players.

🎙️ Julian Draxler: "It's a match that everybody wants to watch. We have to do our talking on the pitch." #PSGlive pic.twitter.com/BZJ1jT1QHo

"It's not really his job to replace Cavani and Neymar, and he can't do all three things at the same time," said Tuchel.

"I want us to play with courage, play as a team, together, tight knit, fight, ready to suffer. And I think I don’t really want to talk about the result but we want to score perhaps more than one (goal)."