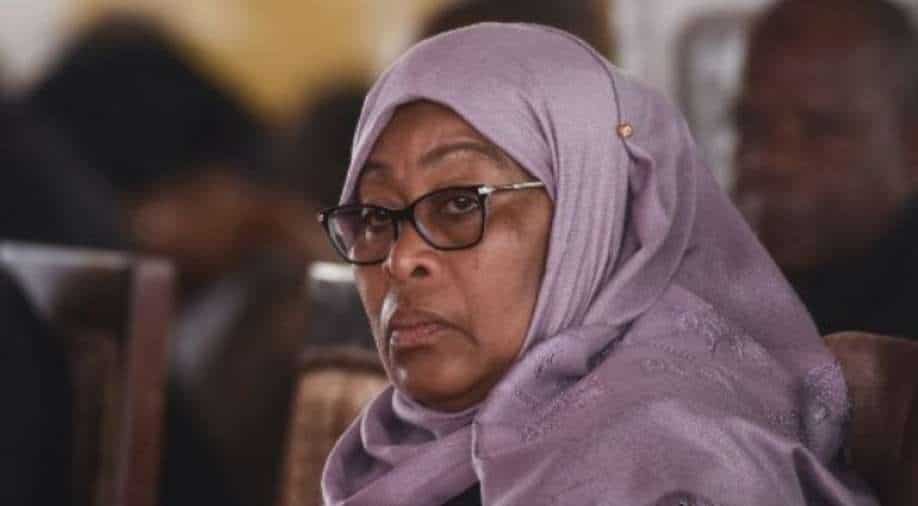 During a ceremony to celebrate the victory of a national men's team in a regional football championship, Samia said, "For those who have flat chests, you might think they are men and not women."

Tanzania's President Samia Suluhu Hassan is facing strong criticism over her controversial remarks about women footballers having "flat chests" and suggesting that they would not be attractive candidates for marriage.

On Sunday (August 22), during a ceremony to celebrate the victory of a national men's team in a regional football championship, Samia said, "For those who have flat chests, you might think they are men and not women."

It is important to note that Hassan is the only current serving female head of state in Africa alongside Ethiopia's President Sahle-Work Zewde, whose role is mainly ceremonial.

"And if you look at their faces you might wonder... because if you want to marry, you want someone who is attractive, a lady who has the qualities that you want," she said, as quoted by news agency AFP. For the women footballers, she said, "those qualities have disappeared".

"Today they are making us proud as a nation when they bring trophies to the country but if you look at their lives in the future, when the legs are tired from playing, when they don't have the health to play, what life will they be living?" she said.

"The life of marriage is like a dream to them. Because even if one of you here takes them home as your wife, your mother will ask if they are a woman or a fellow man."

Her comments didn't go well with the social media users as she is being slammed after the video where she is speaking about women footballers went viral.

One of the users wrote, "This woman wants to turn Tanzania into Afghanistan... Where are the rights of our women. Mama encourage our African women to excel in what they are good at."

Another user said, "isn't this equal to saying life is meaningless without marriage??"

A user wrote, "President Samia's remarks are very sad. He should apologize to all women football players in Tanzania. Where does the issue of shape and flat chests occur? The genetic state is a matter of maulana. He would say how he would help the players and how he would lift the poor state of TZ sports."

This woman wants to turn Tanzania into Afghanistan🇦🇫... Where are the rights of our women. Mama encourage our African women to excell in what they are good at...

isn't this equal to saying life is meaningless without marriage??

"The comment by president @SuluhuSamia on women footballers is a humiliation to all women," said Catherine Ruge, the head of the women's wing of the opposition Chadema party and a former MP. 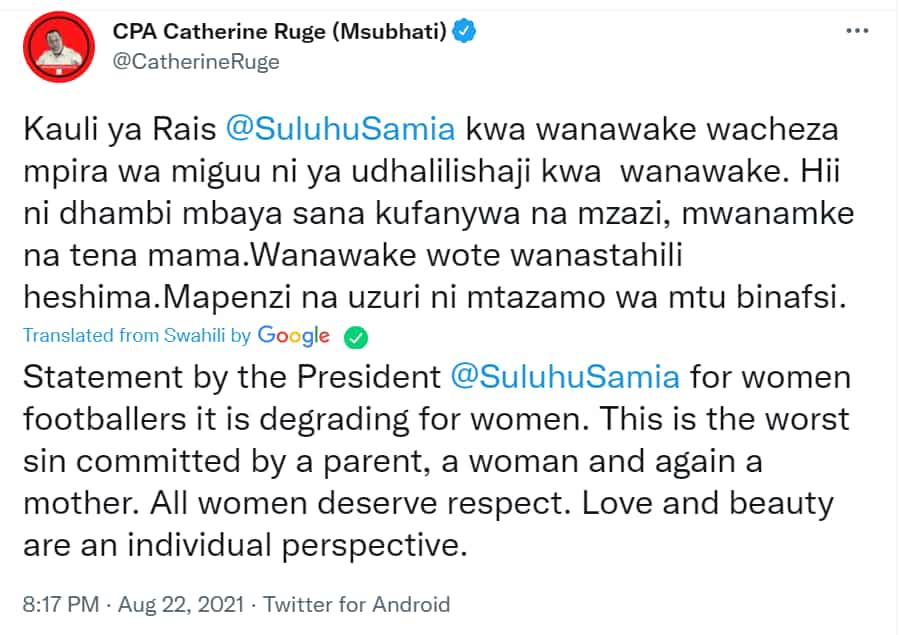 "So all those cheering a female presidency...@SuluhuSamia is denigrating female football players for having 'flat chests' and thus lacking attractive features necessary to get married. You must be proud @AWLNetwork," she tweeted, referring to the African Women Leaders Network.