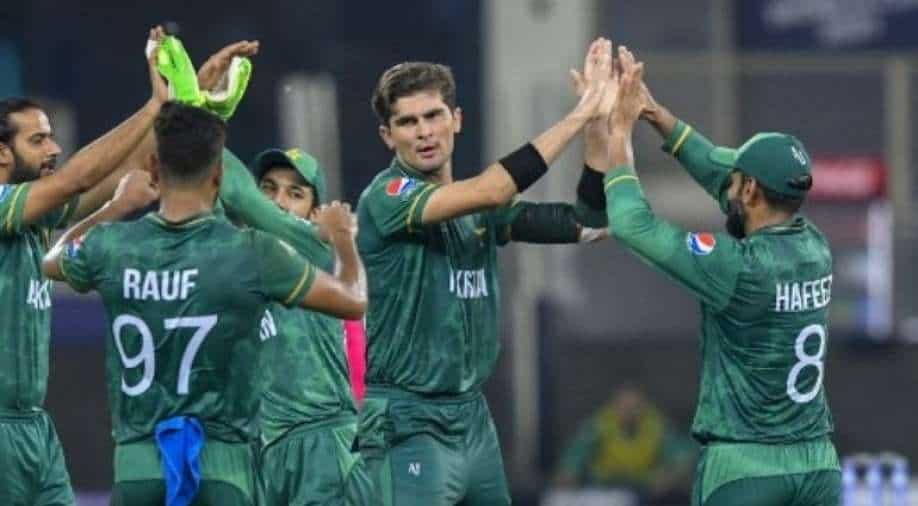 During the innings break, Shaheen Afridi said, 'Glad I was able to execute the team plan. The plan was pick early wickets and then come back in the death and pick wickets again'

Pakistan's star pacer Shaheen Shah Afridi did most of the damage to the Indian innings as he send India's top order packing in India vs Pakistan T20 World Cup contest on Sunday (October 24) at the Dubai International Cricket Stadium. Get LIVE updates here!

Afridi (3/31 in 4 overs) had Rohit trapped in front of the wicket for a duck and then bowled KL Rahul after the batsman had run three singles. He also took Virat Kohli's wicket in the 19th over but gave away 19 runs.

Will those 19 runs prove decisive?

Virat Kohli's led from the front with a vital half-century as India recovered from a disastrous start to post a challenging 151 for seven. Besides Kohli's 49-ball 57, Rishabh Pant slammed 39 in 30 deliveries.

During the innings break, Shaheen Afridi said, "Glad I was able to execute the team plan. The plan was pick early wickets and then come back in the death and pick wickets again."

"I worked hard on my swing yesterday in the nets. It becomes easy for batsmen if it doesn't. I didn't mind going for runs in order to pick up wickets. [On the chase] The new ball will be difficult but the ball is coming onto the bat nicely. Hopefully we'll be able to chase this easily," he added.

Shaheen Shah Afridi after wearing No 10 hits different. What a delivery that was to dismiss KL Rahul. ❤#T20WorldCup #PAKvIND pic.twitter.com/7b4dNbf3Ys

"We have had good practice sessions and am confident about our preparations."

"Pakistan's bowlers are known to trouble other teams but I am confident about our batting too."