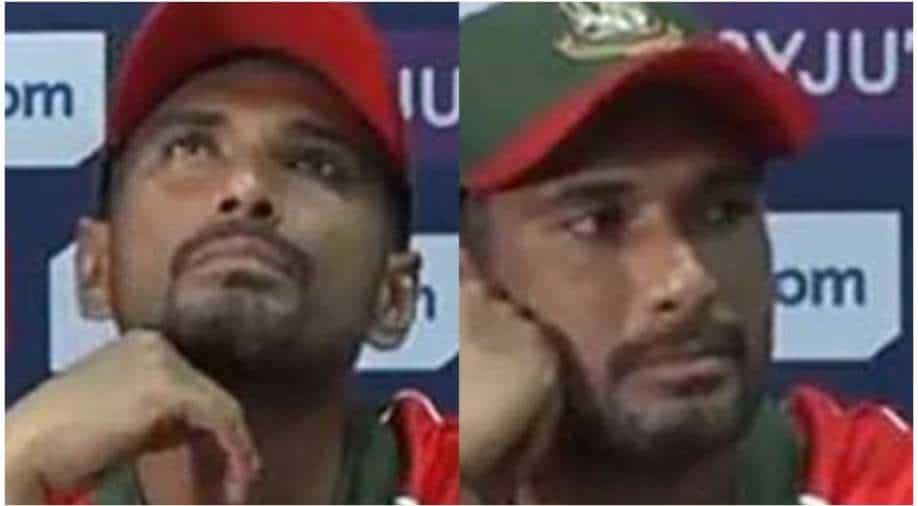 The T20 World Cup 2021 has commenced in the UAE. While the main draw of the showpiece event will kickoff from October 23, there is already plenty happening as the qualifiers have already started where the lowly-ranked sides are giving their all to enter the Super 12.

In the second game of the big-ticket tournament, Bangladesh faced Scotland and were expected to emerge on top. Being the more experienced team, Mahmudullah-led Asian side lost the clash by 6 runs at the Al Amerat Cricket Ground (Ministry Turf 1), Al Amerat.

Speaking at the post-match press conference, Bangladesh skipper Mahmudullah blamed the batting unit and opined, "I am very much frustrate Our batting is a concern. We have to bat better. We have to play aggressive cricket, regardless of the situation. We have a deep batting line-up, with Mohammad Saifuddin at No. 9. We may need to think over some changes tomorrow."

"We didn't deliberately bat slowly. We couldn't hit those boundaries. We have to bat better next time. A lot of things will come up since we lost the game. I think we didn't play well today, but we are a good T20 team. We have the capability. When we play our best cricket, we can win games," he added.

However, Bangladesh skipper's presser was interrupted for a few seconds due to Scotland's berserk celebrations (in the background). As a result, the 35-year-old stopped for a bit, maintained his composure, waited patiently for the noise to go down and then resumed answering the reporter's question. Here's what happened at Mahmudullah's presser:

Sorry we will keep it down next time pic.twitter.com/WRPQF9fK7W

Opting to bowl first, Bangladesh had Scotland in all sorts of trouble at 54-6. However, Chris Greaves' 45 and Mark Watt's 28 propelled the team's total to 140-8. In reply, Bangladesh senior pros in the form of Shakib Al Hasan, Mushfiqur Rahim, Mahmudullah, etc. got starts but none of them carried for long to take their side past the finish line. The Bangla Tigers were restricted for 134-7 in 20 overs.