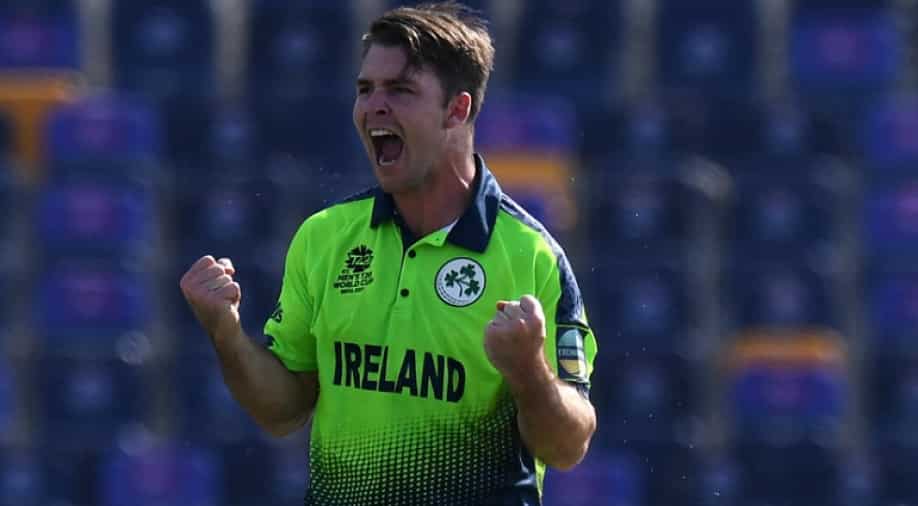 Ireland all-rounder Curtis Campher achieved a surreal feat as he became the first bowler to take four wickets in four balls in the ongoing T20 World Cup 2021 on Monday (October 18).

Ireland all-rounder Curtis Campher scripted a historic feat in his side's clash against Netherlands in the ongoing T20 World Cup 2021 on Monday (October 18). Campher ran riot against the Neherlands batting line-up with four wickets in four consecutive deliveries. Playing his maiden T20I game for Ireland, the all-rounder dismissed four Netherlands batters in succession to get his team off to a stunning start.

Campher dismissed Colin Ackermann, Ryan ten Doeschate, Scott Edwards and Roelof van der Merwe in succession in the 10th over of the Ireland innings to become the first bowler in the history of the T20 World Cup to pick four wickets in four balls. He joined the likes of Lasith Malinga and Rashid Khan to become only the third bowler overall to achieve the feat in T20Is.

Campher then sent Edwards packing on the next delivery to complete a memorable hat-trick before making it four in four balls by removing Van der Merwe on the next ball. He picked up four wickets while conceding only two runs from the over.

Campher's heroics helped Ireland bundle out Netherlands for a paltry 106 runs in 20 overs. The Irish are now favourites to win and will hope to get their campaign underway with a comprehensive victory at the Sheikh Zayed Stadium in Abu Dhabi.