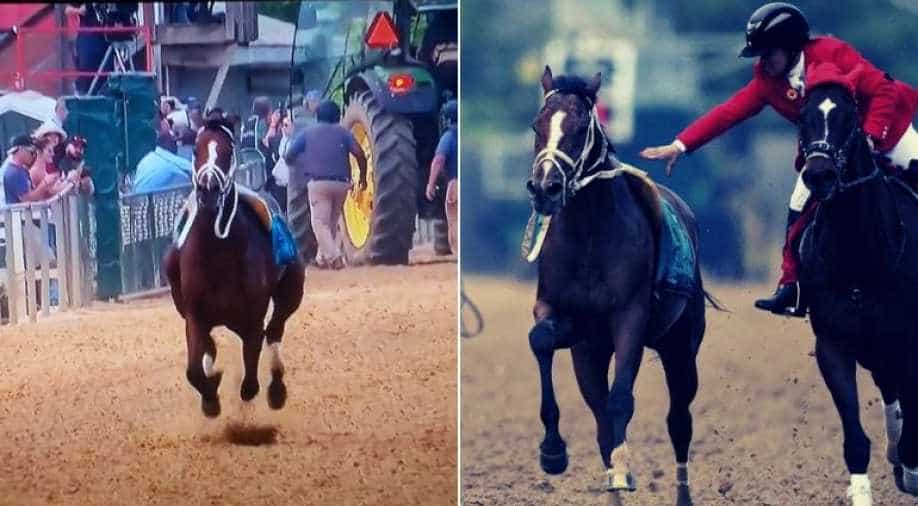 Despite falling, Velazquez was safe as he quickly stood up and moved away from the track

War of Will won the 144th Preakness Stakes to give trainer Mark Casse his first Triple Crown race triumph. However, the race got highlighted when a riderless horse intended to finish the race instead of wandering around.

Horse Bodexpress threw Hall of Fame jockey John Velazquez coming out of the starting gate and with outriders unable to catch him ran with the field past the finish line.

In fact, the horse continued it and ran the entire track again before he was brought under control. After this, Bodexpress won the spectators' hearts and became a social media champion.

Despite falling, Velazquez was safe as he quickly stood up and moved away from the track. He said he was "good" after his frightening tumble coming out of the gate.

"He was just not behaving good in the gate," Velazquez said of Bodexpress. "He got me against the wall in the gate.

"When the doors opened, I was off right from the start and he kind of jumped sideways, and I had my feet out of the irons so I lost my balance and I went off."

If you’re the guy who lost to the riderless horse, how drunk do you get tonight? #Preakness pic.twitter.com/rsy5YYyAFB

🐎 #Bodexpress is an overnight equestrian icon, and quite frankly, a true American legend! pic.twitter.com/359f6w2w5p

"When you come in here to a big race and then things like this happen with the horses, it's disappointing," Velazquez said.