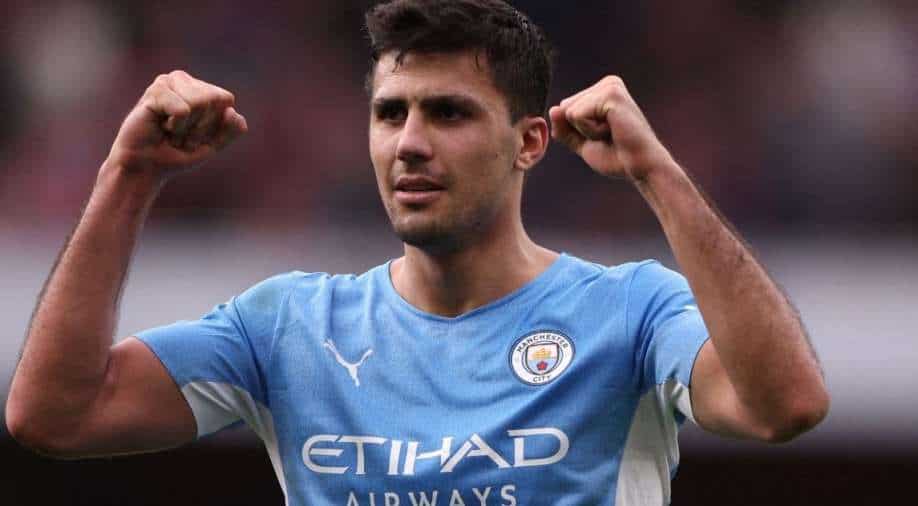 'They did a great game, but fortunately we saw our personality, our champion personality,' Rodri said

During the Premier League match between Arsenal and Manchester City, furious Arsenal fans hurled plastic bottles and toilet rolls at City's players. The incident happened when Rodri was celebrating after scoring the winner at the Emirates Stadium on Saturday (January 1).

After the win, Manchester City lead Chelsea to 11 points, while Arsenal are fourth on 35 points. "They did a great game, but fortunately we saw our personality, our champion personality," goalscorer Rodri told broadcaster BT Sport.

But the unpleasant reaction from the fans kept the social media abuzz with City followers calling out those who threw plastic bottles and toilet rolls.

A slew of bottles and objects were left thrown onto the pitch by fuming Arsenal fans pic.twitter.com/1FZIMjo1qt

However, showcasing the personality of a champion, City bounced back in the second half and levelled from the spot through Riyad Mahrez when Granit Xhaka was adjudged to have fouled Bernardo Silva in the box after a VAR review.

Finally, Rodri sealed the deal as drilled it home to grab all three points, scoring a stunning winner.