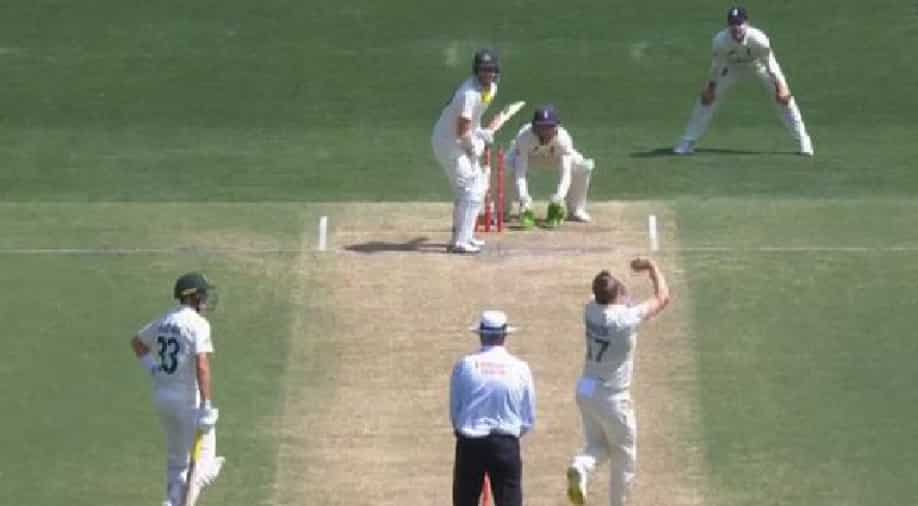 England pacer Ollie Robinson turned spinner during the ongoing second Ashes Test against Australia at the Adelaide Oval in Adelaide.

England pacer Ollie Robinson turned spinner for the visitors during Day 4 of the ongoing second Test against Australia in the Ashes 2021-22. It was a desperate move from England, who had no spinner left in the playing XI after captain Joe Root took the field late on Day 4. Root had been hit on his abdomen while batting and had to be assessed by the medical staff.

England had headed into the second Test with both James Anderson and Stuart Broad as part of their five-man pace attack also consisting of Chris Woakes, Ben Stokes and Robinson. With no slow bowlers on the field, Robinson decided to change his action and bowl a few overs as a spinner during Australia's second innings.

Fans were wowed by England's pacer's versatility and enjoyed his spin bowling against the Aussie batters. Dawid Malan, who has also not bowled a lot in international cricket, also came up with a few overs of spin during Day 4 of the second Test at the Adelaide Oval. However, it was Robinson's drift from pace to spin which caught the attention of many.

England managed to pick some quick wickets in the morning session on Day 4 to restrict Australia to 230/9 in their second innings. However, half-centuries from Marnus Labuschagne (51) and Travis Head (51) helped the hosts take their lead past the 450-run mark and set up a huge target of 468 runs for England.

Robinson and Malan both picked up two wickets apiece while Root also managed a couple of wickets in his six overs. On the other hand, both Anderson and Broad went wicket-less during Australia's second innings of the pink-ball Test in Adelaide.

England once again got off to a poor start in their second innings as they lost opener Haseeb Hameed cheaply on a duck before Rory Burns and Malan combined to steady the ship. England will have to bat out the entire Day 4 and the final day to give themselves a chance in the pink-ball Test.