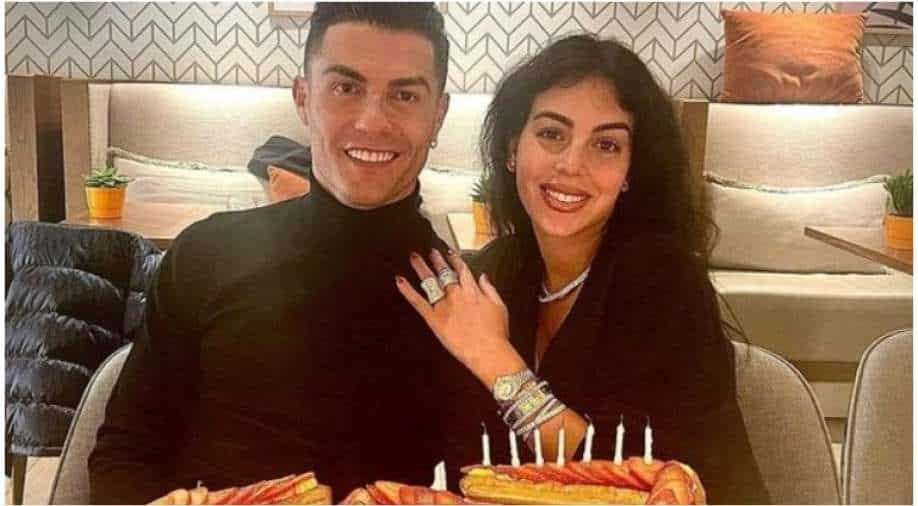 Georgiana Rodriguez went a step ahead and gifted the superstar footballer a luxurious and stylish brand new Cadillac Escalade car on Monday (February 07). Ronaldo opened his front door at his home, in Cheshire, to see the Escalade parked in his driveway. Here's the video:

Cristiano Ronaldo remains a big name in world sport. On February 5, the Portuguese captain and Manchester United's striker turned 37. Wishes poured in for the superstar football across the globe whereas his girlfriend Georgiana Rodriguez went a step ahead and gifted him a luxurious and stylish brand new Cadillac Escalade car on Monday (February 07).

Sharing the video on her official Instagram handle, Rodriguez wrote, in Portuguese, "Happy 37th birthday to the love of my life. We love you infinitely. Best father and best life companion that God could have given us. A fighter and deserving of all the good things that happen to you. You are perfection and inspiration."

Ronaldo, who remains very active on Instagram, also took to his official handle to thank his fans on his special day. He captioned the post saying, "Life is a roller coaster. Hard work, high speed, urgent goals, demanding expectations… But in the end, it all comes down to family, love, honesty, friendship, values that make it all worth it. Thanks for all the messages! 37 and counting!"

Ronaldo and Rodriguez have been going strong as a couple and the lovebirds are set to welcome twins into the world in April 2022. The 37-year-old has already revealed that he will tie the knot with Rodriguez very soon. He had earlier stated, "I always tell Georgina that when we get that click, like everything with our life and she knows what I'm talking about. It could be in a year, or it could be in six months or in a month. I'm 1000 percent sure it will happen."

The superstar footballer continues to make the headlines as he recently became the first-ever person to have 400-million followers on Instagram. On the field, the Ronaldo-starrer Man United managed a draw versus Burnley in their Premier League encounter on Tuesday (February 8). The Red Devils have, thus, slipped a position to occupy the fifth spot in the EPL standings.