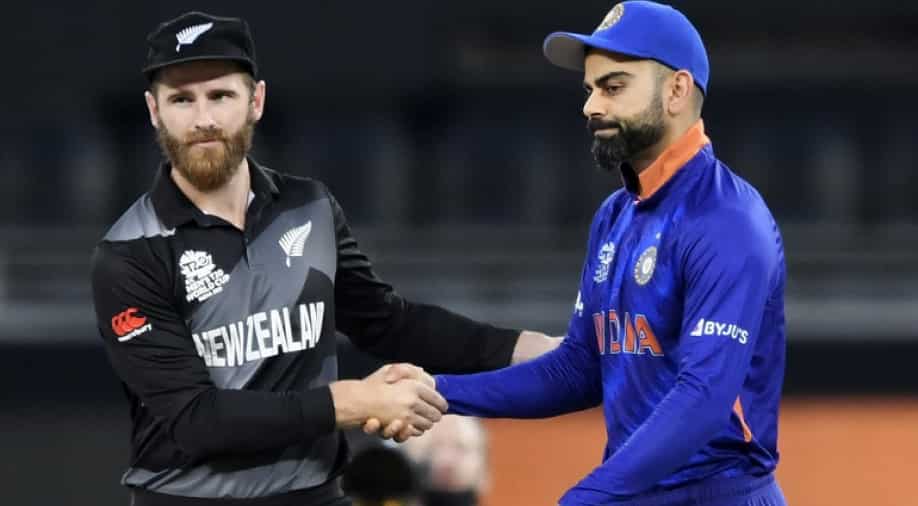 Who is the best captain between Kohli, Root and Williamson? Photograph:( AFP )

Former Pakistan skipper Salman Butt recently named the best captain between Virat Kohli, Kane Williamson and Joe Root. The trio is considered as part of the current fab four when it comes to the best batters in the world, and they have also been successful as leaders for their respective teams.

While Williamson leads New Zealand across formats, Kohli recently stepped down as the T20I captain of Team India and will now lead the team in only ODIs and Tests. Joe Root, on the other hand, captains England only in Tests. Butt rated all of them as brilliant captains but picked Williamson as the best across all formats.

"I think Kane Williamson is the best captain. Yes, Joe Root and Virat Kohli are brilliant as well, and they have led their sides superbly, but overall, generically, Williamson is the man when you consider all leaders across formats," Butt said responding to a query in a video on his YouTube channel.

Kohli has already become India's most successful Test captain since taking over from MS Dhoni in 2014. He has so far led India in 65 Tests and has 38 wins to his name - most by any Indian captain in Test history.

Root has 27 wins in 56 Tests for England while Williamson has so far led the Kiwis only in 37 Tests but has an impressive record with 22 wins. His win percentage of 59.45 is the best among the trio with Kohli just slightly behind at 58.46.

While both Kohli and Root are yet to win a major ICC trophy as captain, Williamson led New Zealand to a memorable triumph in the World Test Championship 2019-2021 making the Kiwis the champions of the inaugural edition. New Zealand have also made it to the finals of the last three major ICC events under Williamson's captaincy.

They made it to the final of the ODI World Cup in 2019 where they lost against England on the questionable ball-count rule before winning the World Test Championship this year. New Zealand then reached the final of the recently-concluded T20 World Cup 2021 and lost to Australia by eight wickets.