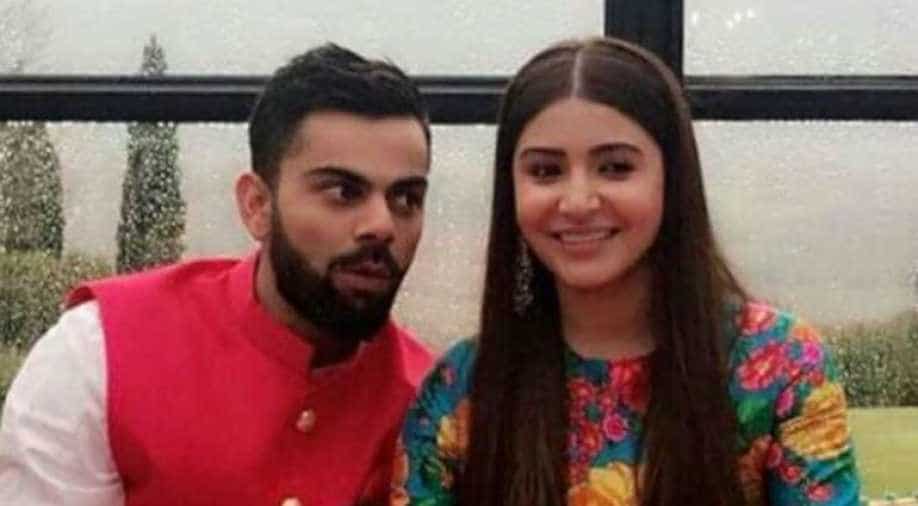 Virat And Anushka during their Mehendi function. Photograph:( Instagram )

Virat Kohli's practice session was joined by a 'cool cat' as the Indian Test and ODI skipper shared a picture on Instagram. To this, his wife Anushka Sharma also reacted as the duo had a hilarious conversation. Check it out:

Team India ended their three-match T20I series versus New Zealand, at home, on Sunday evening (November 21) as Rohit Sharma & Co. inflicted a 3-0 whitewash over the Black Caps. The action will now move to the two-match Test series, starting from November 25 (Thursday) at Kanpur where Ajinkya Rahane will lead the side in the series opener.

Virat Kohli, India's Test and ODI captain, is likely to return to the Test squad for the second and final encounter, at Mumbai from December 3-7. Ahead of his return, the 34-year-old has now started his practice session and was seen at the nets in the CCI, Mumbai. After his practice, the right-hander was joined by a 'cool cat' on the ground as Kohli shared few adorable pictures with the cat.

To this, his wife and Bollywood's Anushka Sharma also joined in as the duo had a hilarious conversation on social media platform Instagram. Here's how it all panned out:

"A quick hello from a cool cat at practice," Kohli captioned the post on his official Instagram handle. Anushka was quick to join and commented, "Hello billi (Hi cat)," on Kohli's picture with the 'cool cat'. To this, her hubby Virat hilariously responded by saying, "@anushkasharma launda from dilli and Mumbai ki billi (Guy from Delhi with Mumbai's cat)". 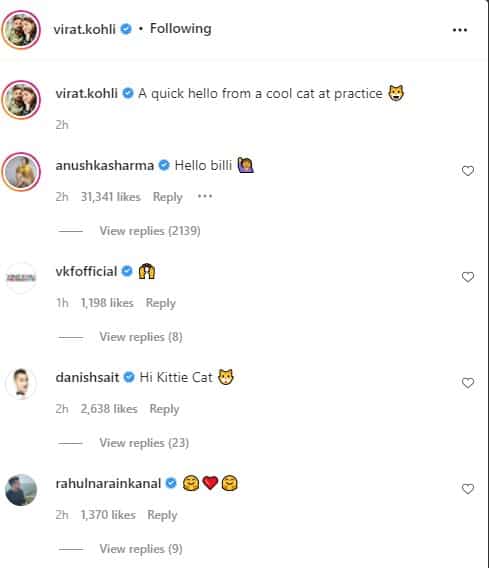 Kohli will be raring to have a go versus New Zealand, against whom Team India lost the inaugural World Test Championship (WTC) final early this year, at The Rose Bowl, Southampton. Moreover, it has been two years since Kohli's last international hundred and the right-hander will be desperate to break his century-drought versus Kane Williamson & Co. in the second and final Test in Mumbai.

India squad for the 1st Test vs New Zealand