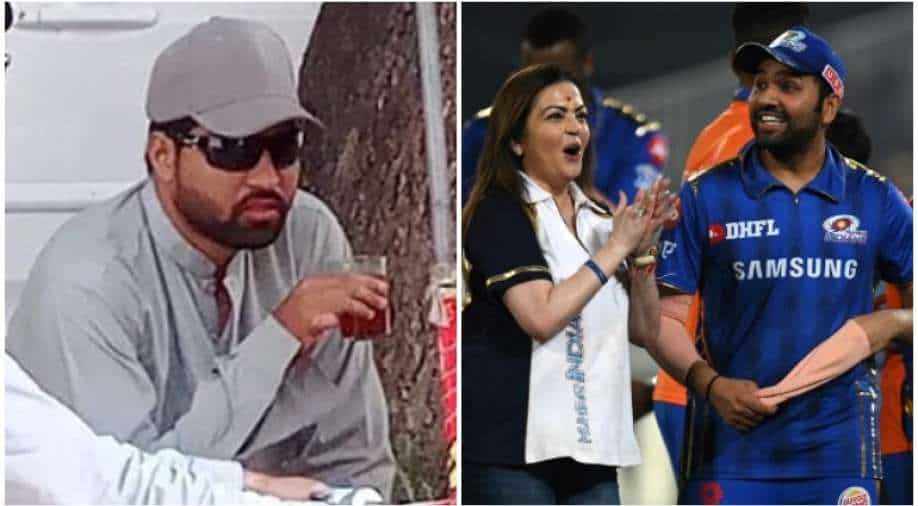 Rohit Sharma is busy leading Mumbai Indians (MI), the defending champions and five-time winners, in the second and final leg of the IPL 2021 edition in the UAE. Rohit-led MI aren't having the best of times in the UAE and have lost three games in a row ever since the tournament resumed on September 19.

Rohit & Co. have lost to Chennai Super Kings (CSK), Kolkata Knight Riders (KKR) and Royal Challengers Bangalore (RCB) to find themselves at the seventh position, with four wins from ten encounters. While Hitman will be eager to change the fortunes of his side, his ardent fans had something to rejoice for as Rohit's doppelganger was recently spotted in Pakistan's street.

Here are some hilarious reactions after fans spotted the MI skipper's lookalike in Pakistan:

He’s gone over there to regroup and think how he will change the fortunes of Mumbai Indians!!

Rohit-led MI are gearing up for their upcoming IPL 14 encounter, i.e. match no. 42, versus the KL Rahul-led Punjab Kings (PBKS) on Tuesday evening (September 28). The MI franchise have lots to ponder upon with their attacking trio in the form of Ishan Kishan, Suryakumar Yadav and Hardik Pandya not firing on all cylinders. Though the defending champions have a slender 14-13 lead in head-to-head and, thus, they will be desperate to get off the mark in the UAE leg with a victory over Rahul & Co.

Coming to Pakistan Cricket, they are facing tough times after New Zealand and England pulled out of their tour to the Asian country citing security concerns.