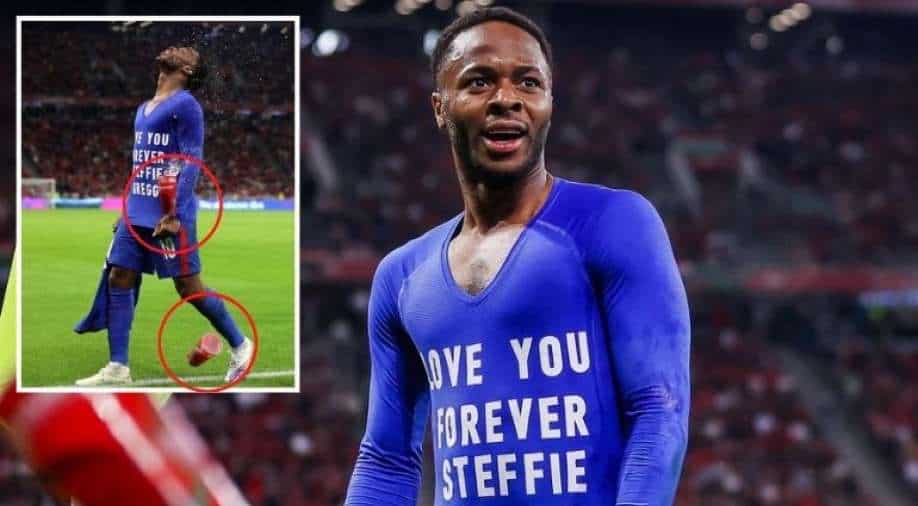 England vs Hungary was marred by abusive fan behaviour as before the play began the England players took the knee against racial injustice, however, they were met by booing.

England's star Raheem Sterling and other players were subjected to racist abuses by a group of angry Hungary supporters during the qualification match for the 2022 World Cup.

After registering a comfortable 4-0 win over Hungary in Budapest on Thursday (September 2) at the Puskas Arena, England is currently five points clear at the top of World Cup qualifying Group I.

The match was, however, marred by abusive fan behaviour as before the play began the England players took the knee against racial injustice but they were met by booing.

England star Raheem Sterling was pelted with plastic beer cups by Hungarian fans after scoring and taking off his shirt to show a message dedicated to his friend who passed away recently.

England supporters were not able to make the journey and over 60,000 home fans strained to create a hostile atmosphere in the Puskas Arena for the visitors.

"The players should not have to be subjected to any form of racism... the individuals responsible need to be dealt with," he said.

"Some people are stuck in their ways of thinking and their prejudices, they are going to be the dinosaurs in the end as the world is modernising," he added.

In the match, after a first-half bereft of shots on target, Sterling broke the deadlock with a clipped shot 10 minutes into the second period before a pair of headers by Harry Kane and Harry Maguire soon after and a late Declan Rice strike sealed a 4-0 win.