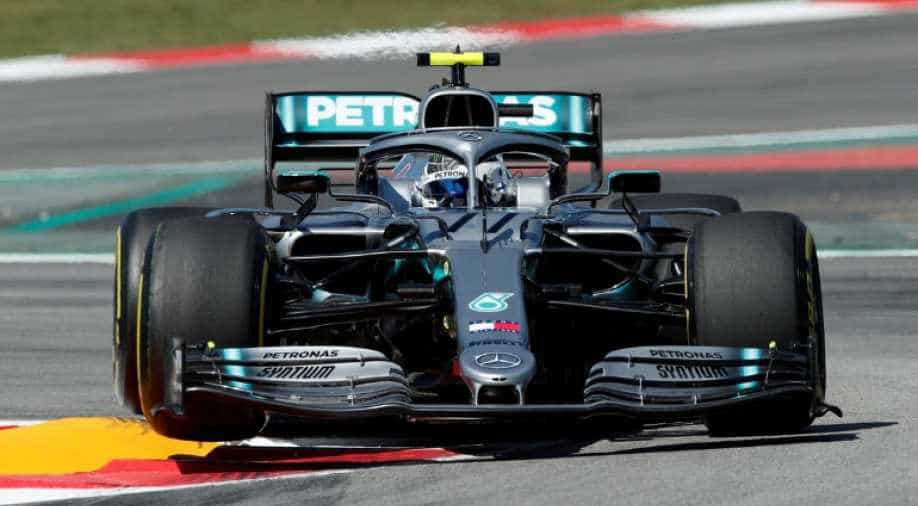 Formula One championship leader Valtteri Bottas led both practice sessions for the Spanish Grand Prix on Friday with Mercedes team mate Lewis Hamilton a close second and Ferrari still off the pace.

The times dampened hopes of an immediate return to pre-season testing form for Ferrari's Sebastian Vettel and Charles Leclerc, who have been eclipsed by Mercedes in the first four races.

"It's always an interesting day when you're bringing new parts to the car to get a feel for it and see if they bring the performance they should," said Bottas.

"The car felt really good today, completely different to how it was in winter testing, and it seems like our cornering performance has improved.

"The balance around the lap is also better, so it looks like we've taken the right direction since the winter

Bottas produced his quickest lap in the day's afternoon session, a time of one minute 17.284 seconds after a 1:17.951 in the morning.

Five-times world champion Hamilton was second on the timesheets, 0.049 slower than Bottas, while Leclerc was third and three tenths adrift but still ahead of Vettel who lapped in 1:17.673 on the same soft tyres.

Ferrari, who dominated pre-season testing at the Circuit de Catalunya, were using a new specification engine and hoping for a step up in the first race of the traditional European part of the campaign.

Vettel, third in the drivers' standings, is already 35 points behind Bottas.

"I think overall we've been seeing what we expected," said the German, who was struggling for grip in the slower corners. "Certainly not as happy as we wanted to be so still a lot of homework for us.

"I think engine-wise we're happy," he added. "Obviously it's Friday so a bit difficult to know what we are doing compared to other people...feeling-wise it's a different story."

Bottas, who leads Hamilton by a single point thanks to his fastest lap in Australia, had missed the last half hour of the first session due to an oil leak that shut down the car and had to be investigated.

Hamilton was unhappy with the performance of his car's tyres in the first session when he was fourth fastest and set his best lap on softs.

"Tyre prep terrible. Rear tyres are done," the Briton said over the radio. He said later that there was work to do on the balance of the car.

Romain Grosjean, who has yet to score a point this year, was fifth and sixth fastest respectively for the Haas team with McLaren's Carlos Sainz, the only Spanish driver now that Fernando Alonso has left, sixth in the morning.

Red Bull's Max Verstappen, a winner in Spain in 2016, was only 12th fastest in the first session when his car had an oil leak, but moved up to fifth in the afternoon.

"I have a good feeling about the upgrades, which work for sure, and the tyres seem to be working quite well, too," said the Dutchman.

"The long runs were OK and we still need to find a little bit of pace, but we have the whole night to find it."

Canadian Lance Stroll provided the only incident of the first practice, crashing his Racing Point into the tyre wall at turn nine and bringing out red flags to close the session.