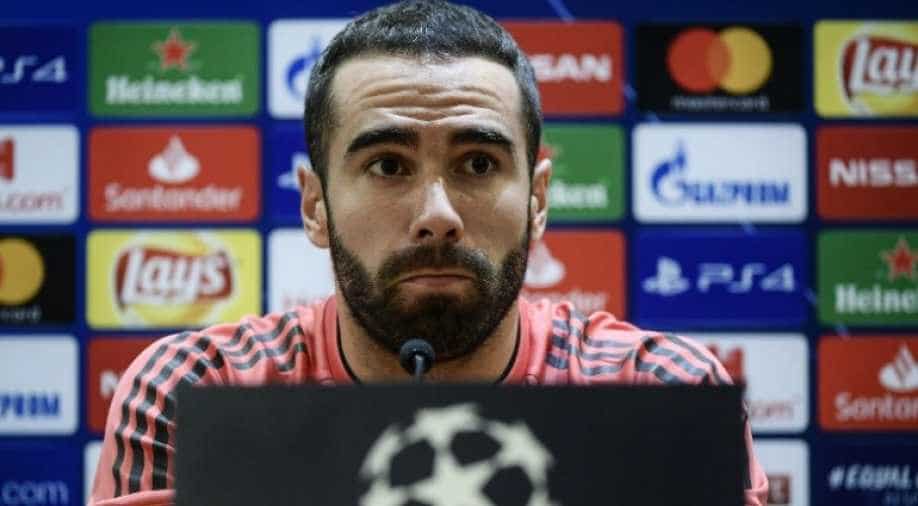 Santiago Solari's men are under pressure once again this season following a 3-0 defeat at Eibar in the Spanish league on November 24.

Defending European champions Real Madrid will be clashing against Roma on November 27 at the Olimpico Stadium in the Italian capital. Real have a chance to take control of Champions League Group G if they beat Roma.

Ahead of Tuesday's big clash Real defender Daniel Carvajal said that it will be a tough match and they will have to prove themselves tomorrow by keeping a cool head and managing the game.

"Tomorrow will be a tough match, one more battle for us. We want to finish first in the group, so we have to prove that tomorrow. It's clear we have to 'grow a pair' like the coach said, but it is also about keeping a cool head and managing a game, I think it's the combination of all those things that allow you to win," said Daniel Carvajal.

Santiago Solari's men are under pressure once again this season following a 3-0 defeat at Eibar in the Spanish league on November 24.

"It was a tough loss obviously, but the match against Eibar is in the past now," said the head coach, who put Madrid back on track after taking over from Julen Lopetegui, clinching four consecutive wins as an interim coach.

Meanwhile, Real coach defended Sergio Ramos, saying he is an honest man and a symbol for the whole sporting world in Spain.

"Sergio Ramos is, first of all, an honest man, he is a symbol for not just Real Madrid or Spanish football, but for the whole sporting world in Spain. It seems to me it should be everybody's duty to protect him, and it is the media's duty as well to do so. Journalism is there for us to seek the truth and inform on the truth. Then you have opinions, positions, but the truth is not debatable, especially when a person's honour is stained," he said.

Madrid head into Tuesday's game tied with Roma at the top of UCL Group G with nine points from four matches.

A win in Italy will secure first place for the three-time defending champions.