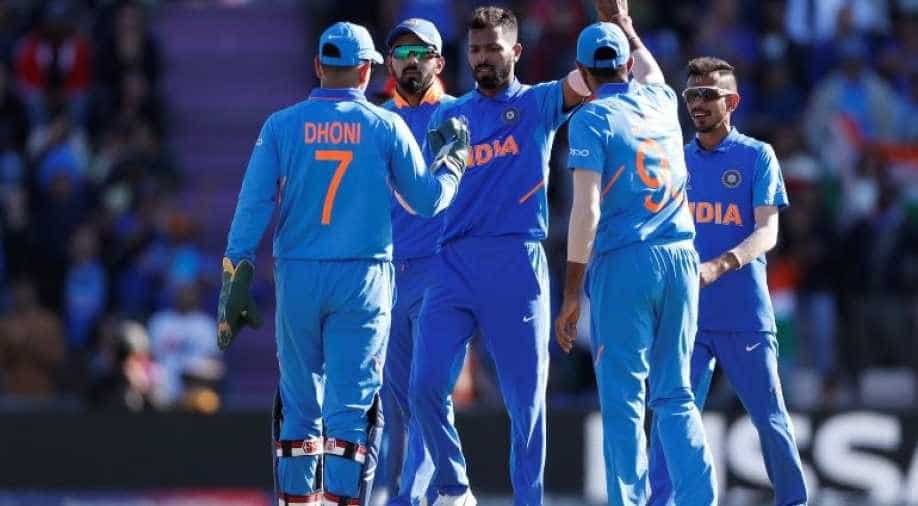 The official Twitter handle of India's cricket board posted the final result with a captain: 'And we march on - #TeamIndia thump Afghanistan by 11 runs'

The Board Of Control For Cricket In India (BCCI) has been criticised for using word "thump" in one of their tweets while posting India's hard-fought win over Afghanistan on Saturday.

In a last over thriller, India registered an 11-run win over Afghanistan in the 28th match of Cricket World Cup 2019 in Southampton.

After a brilliant bowling display, Afganistan restricted India to 224 for eight and Mohammad Nabi had almost pulled off a win, taking the contest to the last over.

However, Indian pacer Mohammed Shami struck thrice (grabbed a hat-trick) in the final over to inspire India towards victory.

The official Twitter handle of India's cricket board posted the final result with a captain: "And we march on - #TeamIndia thump Afghanistan by 11 runs". 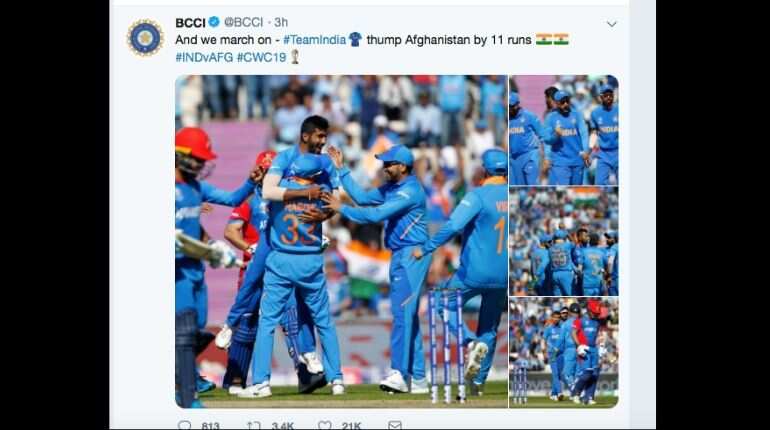 Within seconds, cricket fans noticed the gloating tone of the BCCI tweet and started replying to it.

"Thump? That is hugely disingenuous to a team that pushed you to the last over. Well played Afghanistan and perhaps India can learn how to win graciously," a Twitter user, who goes by the name leebailey, said.

Another user posted, "That's not called "thump". That's called escaping by the skin of their teeth. Well played Afghanistan!"

Two-time world champions India are unbeaten with four wins and a washout from five games as they move closer to a semi-final place.