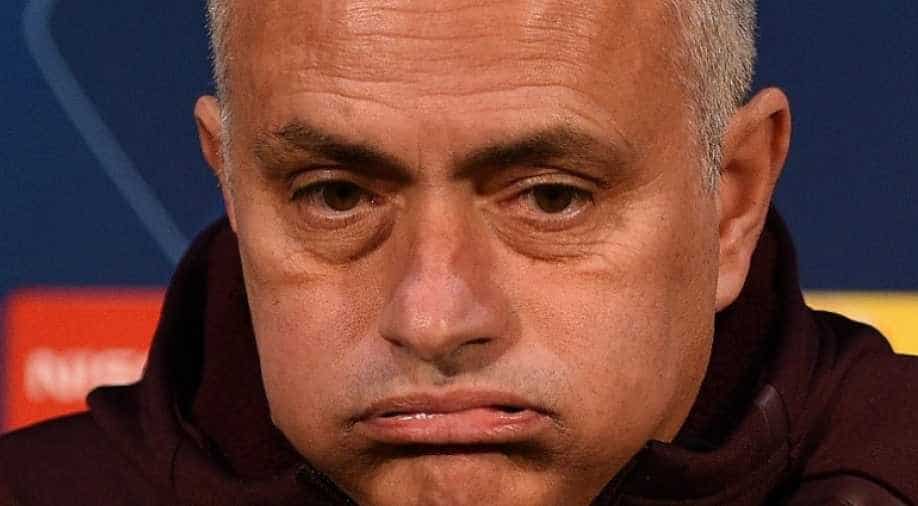 United languish 16 points behind their rivals in sixth place, but Mourinho led the Old Trafford outfit to Europa League and League Cup victories in his first season in Manchester in 2017.

Liverpool may be top of the Premier League but Manchester United manager Jose Mourinho said that it is trophies in the cabinet that count ahead of the sides' showdown at Anfield on Sunday.

Klopp's side remain the only unbeaten team in the league this season, but the German has yet to clinch an honour in his three years on Merseyside.

United languish 16 points behind their rivals in sixth place, but Mourinho led the Old Trafford outfit to Europa League and League Cup victories in his first season in Manchester in 2017.

"I think Juergen told already they want to win the Premier League, is their objective," he added.

United travel to their rivals with a depleted squad after their injury list grew in their 2-1 defeat by Valencia in the Champions League on Wednesday.

Marcos Rojo was forced off at halftime, joining the likes of Victor Lindelof and Alexis Sanchez on the sidelines.

Defenders Luke Shaw, Chris Smalling, Matteo Darmian and attacker Anthony Martial were all due to be assessed in training on Friday having missed the trip to Spain. Yet the manager has said that Marcus Rashford, Jesse Lingard and Ashley Young are all set to start at Anfield.

United's last two trips to Anfield have resulted in goalless draws after Mourinho adopted an ultra cautious approach, yet the Portuguese said his side are capable of fighting for victory despite their injuries.

"We know that we are going to play against the leaders, against a team on a high, but we have our qualities, we have our potential," he said.

"Even with the problems we have and the doubts in terms of team choice, of tactics, approach, philosophy, we have doubts about everything.

"We are going to arrive with the players we have available and going to have a team capable of going there and fight for the victory."

Liverpool are looking to pick up a sixth successive victory in the league. However, Klopp has yet to get the better of Mourinho's United having not beaten them since the Portuguese took charge in 2016, drawing three and losing once.

The fixture is never short of drama and Mourinho usually enjoys the big occasion as an underdog, as he showed in last month's impressive 2-1 victory over Juventus in Turin.