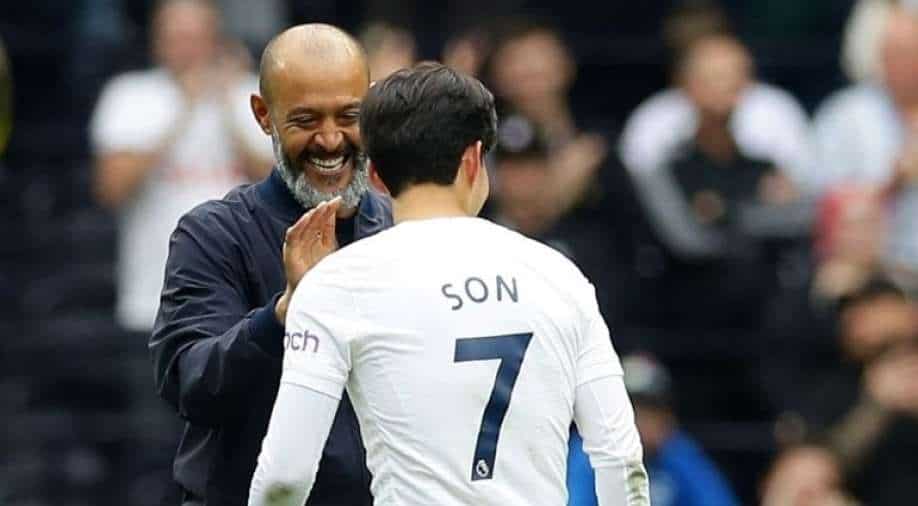 Many clubs refused to release players to 'red list' countries but Spurs' Cristian Romero, Giovani Lo Celso and Davinson Sanchez went on international duty and will miss Saturday's game at Crystal Palace due to quarantine protocols.

Tottenham Hotspur manager Nuno Espirito Santo has urged soccer's governing bodies to come up with a solution for players travelling on international duty to other countries to avoid a repeat of the crisis that has engulfed the Premier League.

Many clubs refused to release players to 'red list' countries but Spurs' Cristian Romero, Giovani Lo Celso and Davinson Sanchez went on international duty and will miss Saturday's game at Crystal Palace due to quarantine protocols.

The trio are returning to England via Croatia -- where they are currently training -- to avoid a 10-day hotel quarantine and Nuno said he could not fault them for deciding to play for their countries despite the club's reluctance to let them go.

"First it's confusing for everybody because we don't have too much news from the governing bodies on what we should do, what to expect in the next international break," Nuno told reporters on Friday.

"It's really difficult to understand because when a player is called up to play for his national team, that's one of the most important things a player has and we need to understand that.

"At the same time, we need to understand that this can happen to any of our players, not only the South American ones -- our European players can suddenly be in the same situation, because it's a pandemic and no one is able to control it."

There are two more international breaks coming up this year in October and November.

Nuno added that Argentine defender Romero and midfielder Lo Celso plus Colombia central defender Sanchez would also miss the midweek Europa Conference League group match at Stade Rennes and would only be available for the Chelsea game next weekend.

"Sonny is not so well, but let's wait for the club to make the proper announcement and explain to you better what kind of injury he has," Nuno said.

"I don't know (if it is a long-term injury). Let's wait and see. The doctors will make the proper diagnostics."