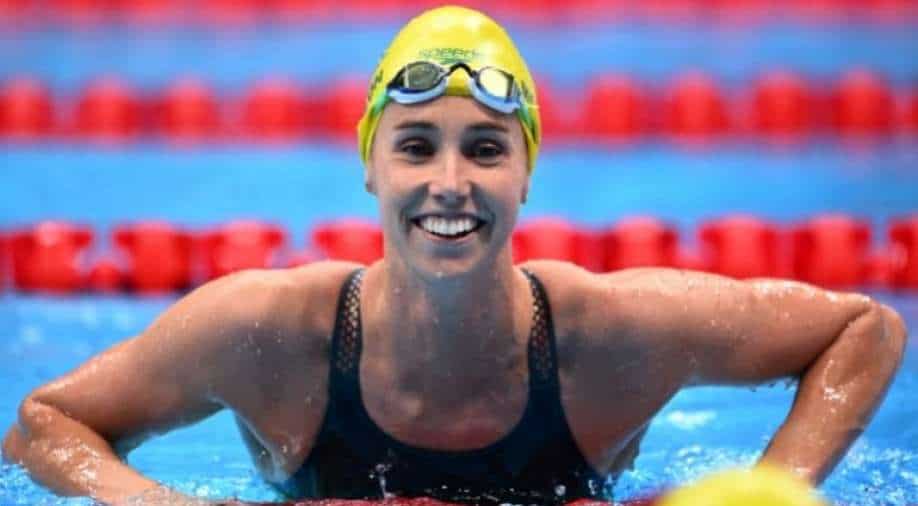 Australia's Emma McKeon experienced pride and disbelief in equal measures after winning two more golds at the Tokyo Games on Sunday as she became the first female swimmer to win seven medals at a single Olympics.

The 27-year-old from Wollongong, New South Wales set an Olympic record to win the 50m freestyle in 23.81 seconds, completing the Tokyo sprint double after her victory in the 100.

Half an hour later she was back in the pool to win gold again, this time as part of Australia's 4x100 medley relay team.

"It still feels pretty surreal. I never thought I would win two golds in one session ... I’m very proud of myself," McKeon said.

Soaking up the outpouring of support from her team in Australia and fans back home, McKeon said she "grew up watching the swimming and watching amazing athletes do amazing things in Australia.

"I grew up wanting to do a similar same thing and so I was literally the same kid as these children are."

McKeon won four gold medals in Tokyo, playing a big part in Australia's haul of nine, and she joins Michael Phelps, Mark Spitz and Matt Biondi as the only swimmers with seven medals at a Games. Phelps won a record eight in Athens and Beijing.

Russian gymnast Maria Gorokhovskaya, in 1952, is the only woman to have won seven in any other sport.

McKeon had broken the Olympic record in the 50m heats in a time of 24.02 seconds, again in the semis with 24.00 and steamrolled through the final to set a new mark on Sunday.

"Growing up in sport, it is a pretty cool thing to be a part of. If you work hard and enjoy what you are doing and go after your dreams anything is possible," she said.

Campbell was delighted for her team mate.

“I would just like to say full credit to Emma ... I think that we just need to acknowledge what an incredible job she has done,” she told Channel 7 after the relay win.

“And I honestly could not be happier for her. And ... she is such an important part of this team and I think that needs to be recognised.”