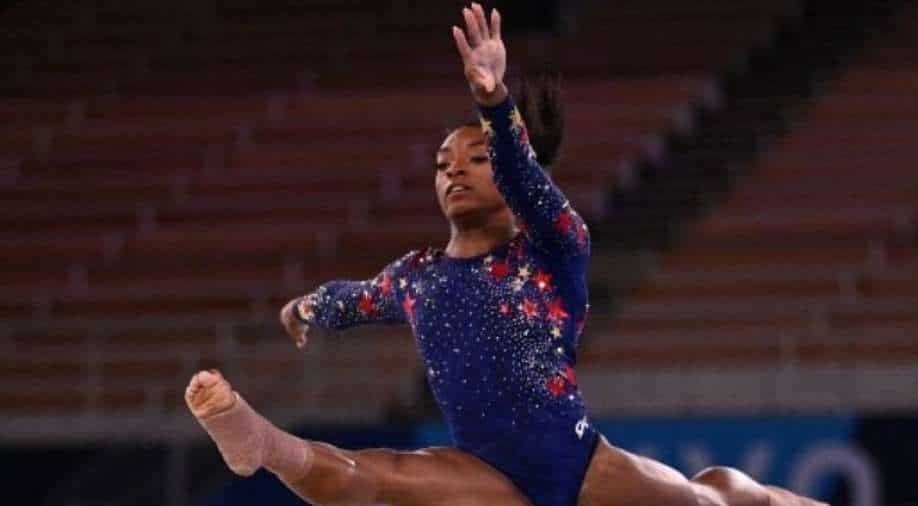 Biles, the four-time Olympic champion widely considered to have pushed the sport to new limits, has said she is struggling with the "twisties".

Gymnastics great Simone Biles has withdrawn from the Olympic floor final, leaving the American with just one more chance of competition at the Tokyo Games, USA Gymnastics said Sunday.

"Simone has withdrawn from the event final for floor and will make a decision on beam later this week. Either way, we're all behind you, Simone," USAG tweeted.

Biles, the four-time Olympic champion widely considered to have pushed the sport to new limits, has said she is struggling with the "twisties", a condition where gymnasts lose the ability to orientate themselves in mid-air.

The 24-year-old came to Tokyo seeking five gold medals to equal the Olympic all-time gymnastics career record of nine, but dramatically withdrew during her first event, the women's team competition.

Biles then skipped her all-around title defence and on Saturday it was announced she was dropping the vault and uneven bars.

She has documented her struggles with mental health during the Games in regular posts on her social media accounts.