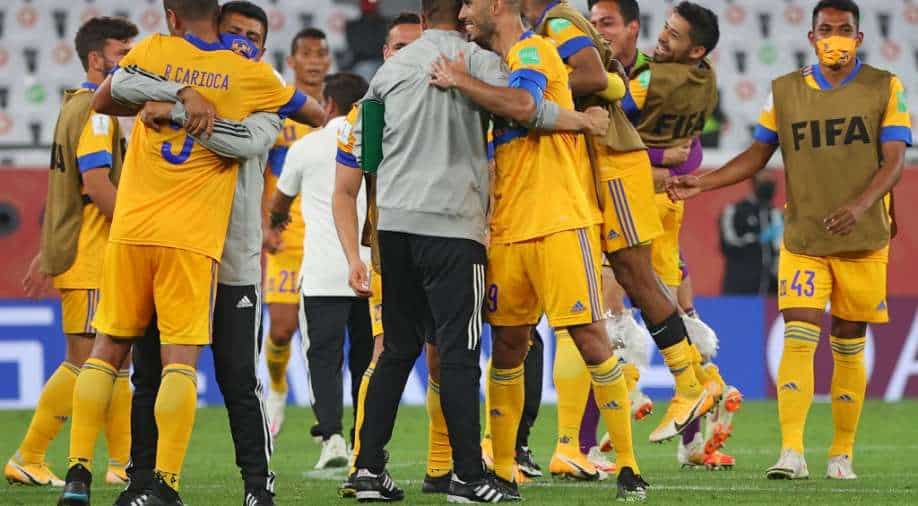 Tigres set up a potential Club World Cup final date with Bayern Munich after seeing off Palmeiras 1-0 in Sunday's last four clash at the tournament in Qatar.

Tigres set up a potential Club World Cup final date with Bayern Munich after seeing off Palmeiras 1-0 in Sunday's last four clash at the tournament in Qatar.

Andre-Pierre Gignac's penalty eight minutes after the break was enough for the Mexican side to beat Brazilian giants Palmeiras, who claimed their second Copa Libertadores title last month but were subdued at the Education City Stadium.

Palmeiras goalkeeper Weverton was the star of the first half with two superb saves, but he could do nothing to stop Gignac's powerful spot-kick after Luan yanked back Carlos Gonzalez in the box.

Gignac's winning strike made it three goals in two games for the former Marseille forward after his brace in Tigres' 2-1 win over Ulsan Hyundai in the previous round and made his side the first CONCACAF team to reach the Club World Cup final.

Tigres will likely face Bayern in Thursday's final, with the European champions overwhelming favourites in their semi-final with Egypt's Al Ahly on Monday.

Defeat will be disappointing for Palmeiras, who are Brazil's most successful club with 10 national titles and were expected to be Bayern's principal rivals but fell with a whimper at the first hurdle.

Al Duhail, who lost 1-0 to Al Ahly in the quarter-finals, took the lead midway through the first half with a goal from Brazilian forward Edmilson Junior.

Yoon Bit-garam levelled on 62 minutes for South Korean side Ulsan.

Substitute Mohammed Muntari's fine finish put the hosts back in front four minutes later and Almoez Ali, the 2019 Asian Cup player of the tournament, added a third goal in the closing stages.