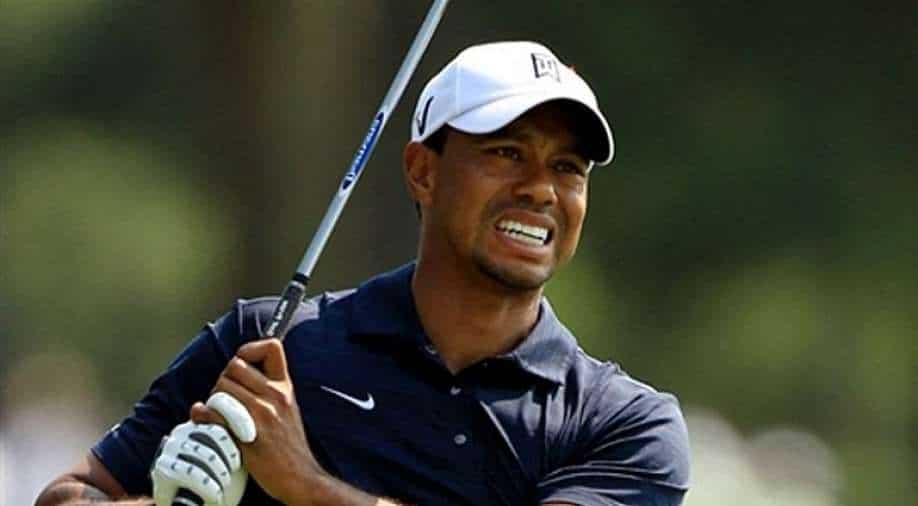 Tiger Woods put the finishing touches to his preparations for this week's Masters by playing nine holes at Augusta National on Wednesday.

Five-times champion Tiger Woods put the finishing touches to his preparations for this week's Masters by playing nine holes at Augusta National on Wednesday ahead of his highly-anticipated return to competition.

Woods, who suffered career-threatening leg injuries in a February 2021 car crash, arrived at Augusta National early and played the back nine along with 1992 Masters champion Fred Couples and world number seven Justin Thomas.

The scene more resembled the final round of a major rather than a pre-tournament practice as patrons lined the course from tee to green to catch a glimpse of Woods, who 14 months ago many thought would never compete again.

At the par-three 16th, which is played entirely over water, the trio delighted the patrons as they took part in a Masters practice round tradition and simultaneously attempted to skip their balls across the pond fronting the green.

Couples, the only member of the trio to pull off the trick shot and hit the green, said after the round that Woods was hitting the ball plenty far enough to play Augusta National and looked even sharper than he did earlier in the week.

"Tiger is Tiger. I said it on Monday that he's not like a lot of us where I've been injured even at age 35 and I go play just to play," Couples said.

"He's not going to do that. He's won so many times, and he's just not a guy to go do something mediocre. He'll compete, and he'll be ready to roll."

Woods, 46, arrived at Augusta National on Sunday and played the back nine in a bid to help him decide whether he would play in the year's first major this week. He played the front nine on Monday with good friends Couples and Thomas.

The 15-times major champion said on Tuesday that not only did he intend to play this week but that he thinks he can win.

Victory for Woods would make him the oldest Masters champion by three weeks over 18-times major winner Jack Nicklaus, who collected his record sixth Green Jacket in 1986.

Woods staged one of the most remarkable comebacks in professional sport when, at 43, he won the Masters in 2019 after enduring years of surgery and personal problems that convinced many the best golfer of his generation was done.

Woods is scheduled to begin his first round on Thursday at 10:34 a.m. ET (1434 GMT), which will mark his first competitive round in 508 days, in a group with South African Louis Oosthuizen and Chilean Joaquin Niemann.