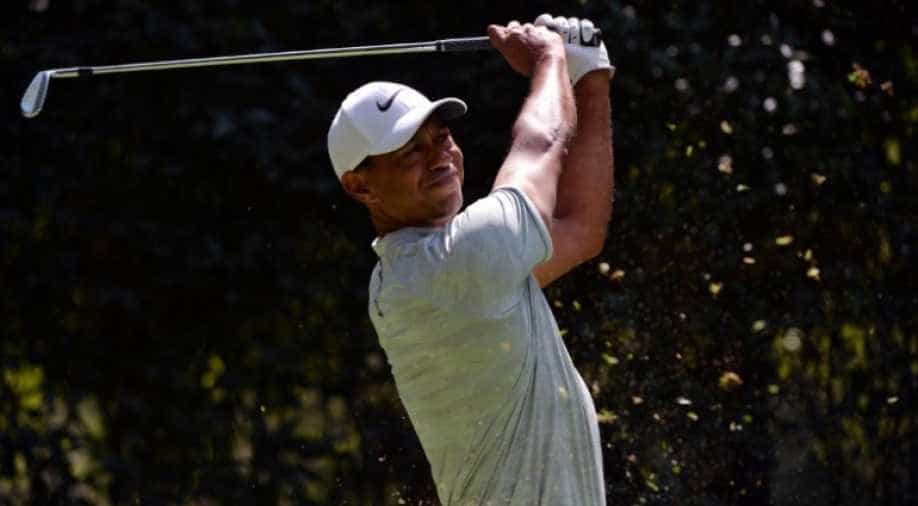 Woods had played 22,640 holes on the PGA Tour when he approached the 15th, where everything looked in order as he coaxed a birdie putt up to inside four feet.

Tiger Woods has won more major championships than anyone other than Jack Nicklaus but his putting went badly awry during the third round of the WGC-Mexico Championship on Saturday.

The American, in his first competitive appearance south of the border, sent murmurs of disbelief through the packed gallery when he four-putted at the 15th hole at Club de Golf Chapultepec in Mexico City.

It took him three attempts to get the ball into the hole on the 16th green and the PGA Tour confirmed that it was the first time he had put together such a poor display of putting on consecutive holes.

Woods had played 22,640 holes on the PGA Tour when he approached the 15th, where everything looked in order as he coaxed a birdie putt up to inside four feet.

His par putt lipped out, however, and trickled two feet away from the cup. Without marking his ball, Woods stroked his third putt, which also lipped out, and he walked off with a double-bogey.

His three-putt at the next, where he missed a five-footer, was not quite as dramatic but hardly less disappointing for one of the greatest talents to have played the game.

Despite the putting problems, the 14-times major champion shot a respectable one-under-par 70 to trail leader Dustin Johnson by 10 strokes heading into Sunday's final round.

Woods declined to speak to the media afterwards, something he has done only a handful of times over his career.