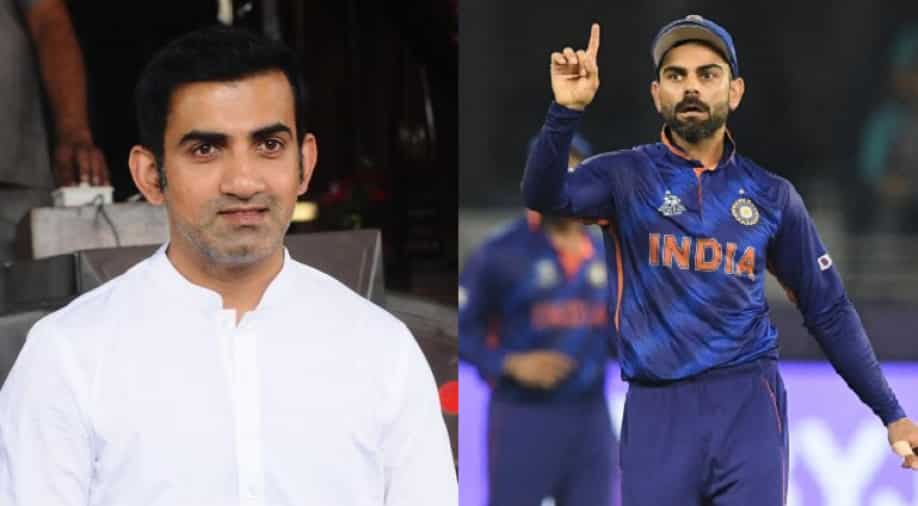 Former India cricketer Gautam Gambhir has slammed those bursting crackers in India after the Virat Kohli-led side lost their clash against Pakistan in the T20 World Cup 2021.

Former India cricketer Gautam Gambhir has lashed out at people bursting crackers in the country after Virat Kohl-led Team India's loss against Pakistan in T20 World Cup 2021. India suffered their maiden defeat against Pakistan in a World Cup game as they went down by ten wickets at the Dubai International Stadium in Dubai on Sunday (October 24).

It was a comprehensive victory for Pakistan, who chased down the target of 152 runs without losing a single wicket with the help of an unbeaten stand from openers Babar Azam and Mohammad Rizwan. However, in the aftermath of Pakistan's win, reports of crackers being burst in different parts of India surfaced.

Some also took to social media to share videos of crackers being burst in different areas. Reacting to the incidents, Gambhir, who is a cricketer-turned-politician, said those celebrating Pakistan's win against India can't call themselves Indians while adding that it is absolutely unacceptable.

“It's shameful. You live in a country and are called an Indian but when another country wins or Pakistan wins, you start bursting crackers. This is absolutely unacceptable. People who have burst those crackers, cannot call themselves Indians,” Gambhir told India Today.

Those bursting crackers on Pak winning can’t be Indian! We stand by our boys! #Shameful

A section of tolls on social media has also targeted several Indian players after the team's loss against arch-rivals Pakistan in the T20 World Cup. Fast bowler Mohammed Shami and captain Virat Kohli are among the players who have been viciously abused on social media following India's ten-wicket defeat.

Condemning the attack on individuals, Gambhir said these are the same players who have won many games for the country and people should support them instead of abusing them to help spark a turnaround in the tournament.

“It is absolutely disgusting when you target an individual, whether he is the captain or someone who is from another community. Ultimately, it is a team, it is a nation. Players like Kohli and Shami have done fabulous things for the country, have won so many games for us, have made the country proud," Gambhir said.

“Targeting certain individuals in a team sport is not acceptable. In a nation like India, you win together, you lose together and that is what I want to say to every Indian. Support your players, they will definitely turn it around,” he added.