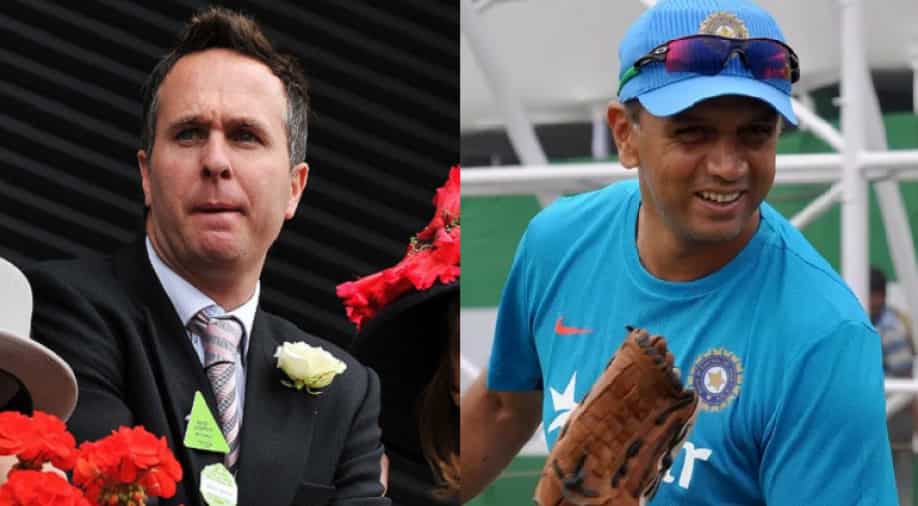 Michael Vaughan reacted to the news of Dravid taking over as India head coach. | Photo - AFP/IANS | Photograph:( Others )

Former England captain Michael Vaughan has issued a warning to the rest of the teams as Rahul Dravid looks set to take over as the head coach of the Indian national team.

Shastri had taken over as the full-time head coach of the Indian team in 2017 and has since formed a formidable partnership with captain Virat Kohli to take the side to greater heights. Under Shastri, India became the first Asian team to win a Test series in Australia in 2019 before repeating the feat once again this year.

India also made it to the final of the World Test Championship and the semi-final of the ODI World Cup in 2019 while also clinching some memorable wins both at home and overseas. However, Shastri is yet to win a major ICC trophy with the team and will be hoping to end his stint on a high with a triumph at the T20 World Cup 2021.

He is all set to be replaced by Dravid once his contract runs down. As per reports, Dravid has given his nod to the top post and will be joining the Indian team on a two-year contract starting from November this year. Reacting to the news of Dravid's appointment as the new head coach of the Indian team, former England captain Michael Vaughan issued a warning to the rest of the teams around the world.

If it’s true Rahul Dravid is to be the next Indian coach I think the rest of the world better beware … !

Dravid has previously coached the Indian U-19 and India A sides. He was also the interim head coach of the Indan team on their limited-overs tour of Sri Lanka earlier this year. Dravid, who played 163 Tests, is India's second-highest run-getter in Tests with 13,265 runs and is regarded as one of the best batsmen of all time.

He had been backed by many to take over as the new head coach of Team India after Shastri's exit.