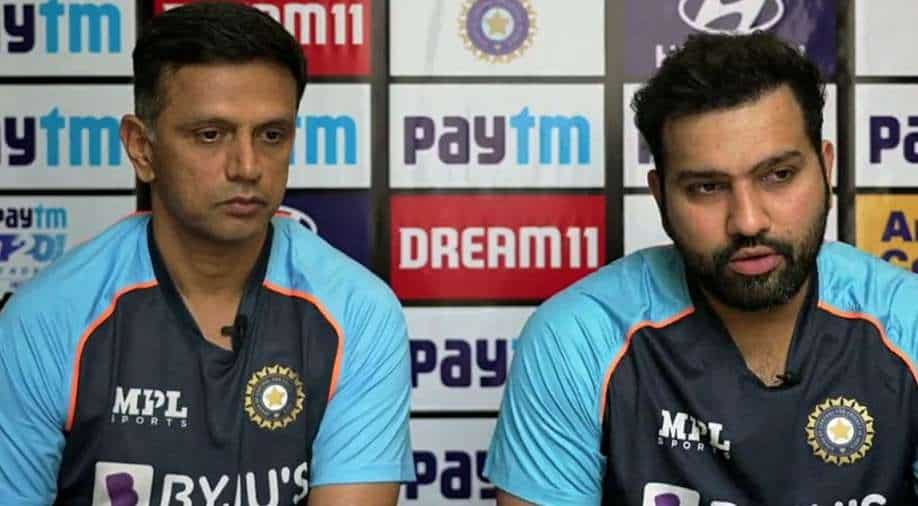 India's ODI and T20I captain Rohit Sharma opened up on Rahul Dravid as Team India's head coach in a recent interaction. Here's what he said:

Team India have gone through rapid changes post the T20 World Cup in the UAE. While Virat Kohli had already announced his decision to step aside as the T20I captain, Rohit Sharma was named his successor whereas Rahul Dravid replaced Ravi Shastri as the national side's head coach till 2023 ODI World Cup.

On Wednesday (December 8), Rohit was also named as the ODI captain as Hitman will take charge of the side in limited-overs. Recently, the 34-year-old Indian opener opined on Dravid the coach during a recent interaction in a show 'Backstage with Boria'.

Rohit opened up on Dravid's impact on the team and stated what the current coach will be able to create within Team India. Rohit said, "Rahul Bhai was a brilliant cricketer, we all know that without a doubt. We all know how he has played his cricket. He himself has come out and said on so many occasions that he was not so talented. He had to work so hard to get where he is today. I think that is going to reflect on this team as well."

Rohit further asserted, "That nothing is given on a platter to anyone. He will make you work hard. Obviously, when you do that, when you enjoy that process, you feel good about it. Because there is a process that has been put in place."

"And there is a structure as well. So people will enjoy that. Guys that are coming in, going out. They will have so much clarity about why they were out of the team, why they came into the team and all that. That is something that he will be able to create," he added.

Dravid has a huge task to end India's ICC-title drought, since 2013, and will have to work with Kohli (the Test captain) and Rohit in tandem to take Indian cricket to greater heights. At present, the Indian team is gearing up to leave for South Africa where they will play three Tests and equal number of ODIs, starting from December 26.