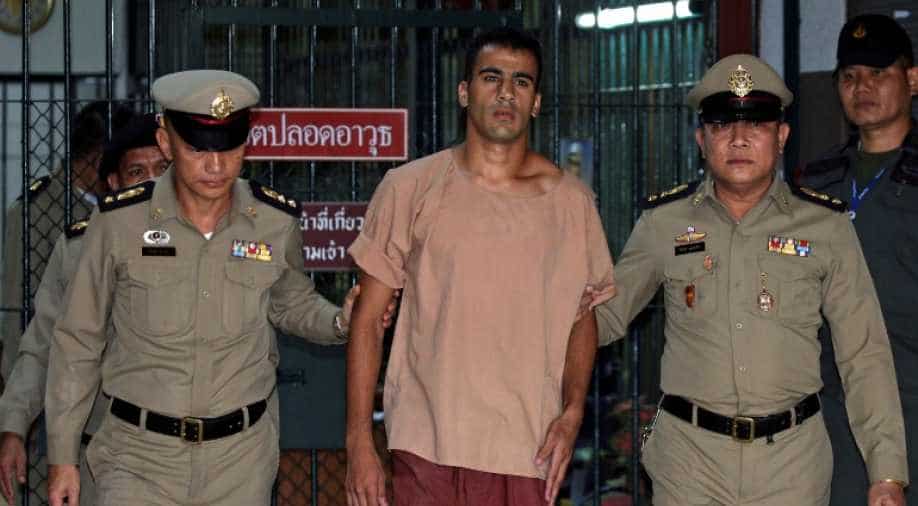 Hakeem al-Araibi, who has refugee status in Australia, has been detained in a Bangkok prison since November. Bahrain has been asking that he be extradited.

Refugee footballer Hakeem al-Araibi will not be sent back to Bahrain after Thailand dropped extradition proceedings against him on the Gulf State's request, a prosecutor said Monday.

But was stopped in Thailand in November attempting to go on his honeymoon.

Since then, he has been detained in a Bangkok prison pending a court ruling over the extradition request from the Bahraini government — a move the footballer has pleaded against as he fears torture if returned.

Monday brought a stunning about-turn from the Bahraini government, which withdrew the extradition request, said Chatchom Akapin, Director-General of the International Affairs Department at the prosecutor's office.

"We have been informed that Bahrain wants to withdraw the (extradition) request.... if they don't want him, we have no reason to keep him here," he told AFP.

Chatchom added that the process to release Araibi is under way.

The Australian government has repeatedly called for Araibi's return and the case has become a cause celebre in the football world, with FIFA also urging the Thai premier to intervene.

Football Federation Australia (FFA) last week cancelled the under-23 men's national team plans to hold a training camp in Thailand ahead of the AFC U23 Championship qualifiers next month.

Australian Prime Minister Scott Morrison had also repeatedly pushed for his release, saying that he had written letters to his Thai counterpart Prayut Chan-O-Cha and stressed "how strongly Australians feel about this".

The Gulf state's reversal of the extradition request is surprising.

Only last week it issued a statement last week defending its decision to pursue Araibi after he fled while awaiting trial.

He was convicted in absentia in 2014 for damaging a police station.

But Araibi says the case is bogus and tied to his criticism of Asian Football Confederation (AFC) president Sheikh Salman bin Ebrahim Al Khalifa, a member of Bahrain's ruling family.

Chelsea vs Real Madrid, UCL live streaming: When and where to watch CHE vs RMA, UEFA Champions League semi-final online?