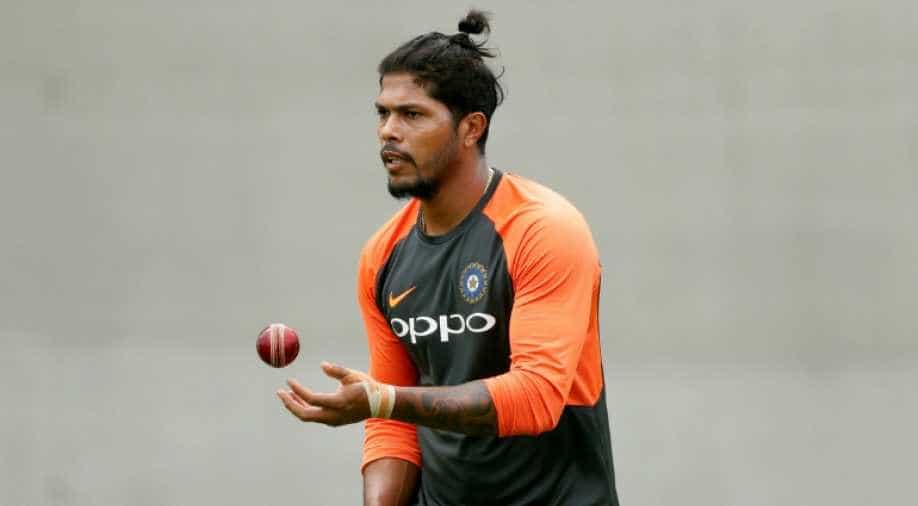 India's paceman got the one-day call-up for India's five-match One Day International series against West Indies which will start from October 21.

Thakur was forced to leave the field due to a groin strain.

In the same match, Umesh Yadav bowled his career-best figures of 6-88 in the first innings, was given with Man of the Match award.

Overall, Yadav claimed a match haul of 10 wickets that helped to skittle out West Indies at a low score.

The Indian selection committee said in a statement that Yadav -- who took six wickets in the first inning and four in the second -- would take Thakur's place for the first two of the five one day internationals.

The five-match series starts in Guwahati on Sunday.