Australian Open: Serena Williams crashes out in third round in a 'shocker' 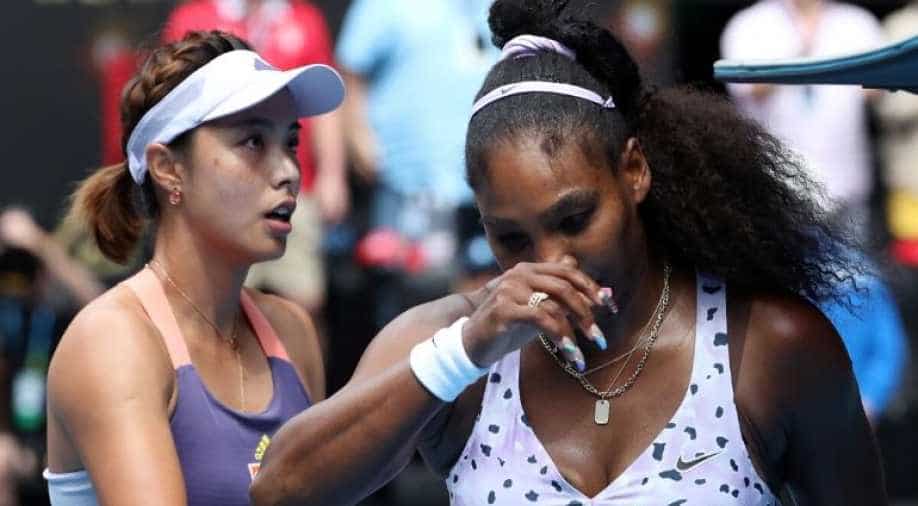 Serena Williams of the US walks off the court after losing to China's Wang Qiang (L) in their women's singles match on day five of the Australian Open tennis tournament in Melbourne on January 24, 2020. Photograph:( AFP )

World No 8 was off to a bad start handing the first set to Wang Qiang, she fought hard in the second set and managed to secure a set win by edging past Wang Qiang.

Serena Williams' dream for a record equalling 24th Grand Slam was shattered after a stunning defeat by China's Wang Qiang.

The moment of a LIFETIME!

Qiang Wang puts on an absolute masterclass in the match of the tournament to shock Serena Williams 6-4 6-7(2) 7-5 and advance to a first career #AusOpen round of 16.#AO2020 pic.twitter.com/gnGkAMaU8X

Williams and Wang Qiang have just met once before in the US Open 2019 quarter-finals where Serena handed a crushing defeat to Wang by beating her 6-1, 6-0.

Last time Williams won any Grand Slam was the Australian Open in 2017, she was a favourite contender for the cup this year too.

She entered the French Open in the year 2018, after giving birth to her baby. She was forced to pull out of fourth-round encounter against Maria Sharapova, following a pectoral injury.

In Wimbledon 2018, Williams was beaten by Angelique Kerber 6-3, 6-3 in the women's singles finals.

World No 8 was off to a bad start handing the first set to Wang Qiang, she fought hard in the second set and managed to secure a set win by edging past Wang Qiang.

Serena also won a 24-shot rally, after which she raised her arms in victory.

The final set was pretty tense because both players held their places, but Wang managed to convert the match point in her favour during the American's service.