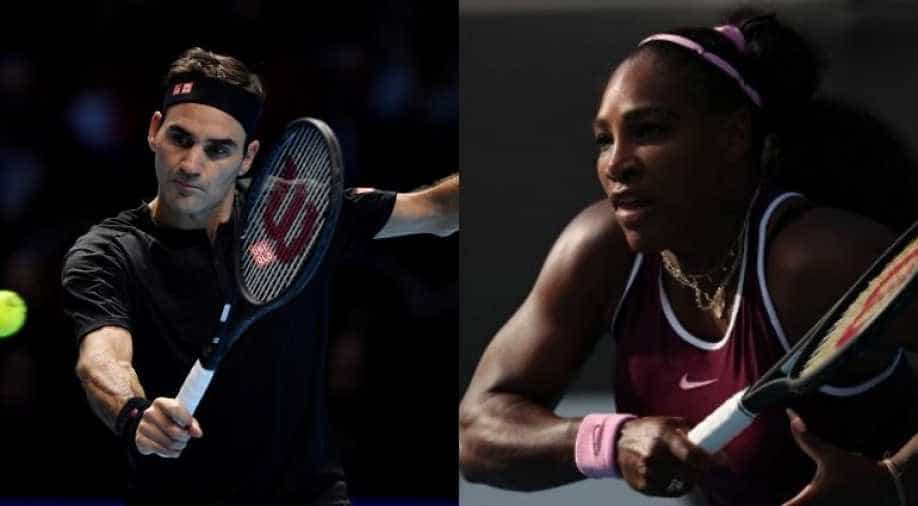 "If anyone can chip in, that's great because it's nice to show solidarity and help in a situation, which has become quite incredible in this country," Federer, 38, said at a publicity event in Melbourne.

The whole tennis world is coming together to help the relief workers in Australia.

After Serena Williams, incredible gesture towards Australian Bushfire after winning the Auckland Open, where she donated the entire winning amount (US$43,000) to the relief efforts seems to have struck a chord.

She will also auction the clothes that she wore throughout the competition with her autograph on it.

World number 3, Roger Federer, said he would donate to the Australia bushfires appeal on Monday after tennis players pledged hundreds of thousands of dollars to the disaster relief fund.

The Swiss great, who has been criticized by environmental activists including Greta Thunberg over a sponsor's links to fossil fuel investments, said he would donate at a charity match on Wednesday.

Since 2016 @CreditSuisse has provided $57 BILLION to companies looking for new fossil fuel deposits - something that is utterly incompatible with #ClimateAction @RogerFederer do you endorse this? #RogerWakeUpNow pic.twitter.com/ED1fIvb4Cr

"If anyone can chip in, that's great because it's nice to show solidarity and help in a situation, which has become quite incredible in this country," Federer, 38, said at a publicity event in Melbourne.

"We need to look for prevention in the future, that this doesn't happen to this extent again because there will always be fires as I understand. This country is much, much too big," added the world number three.

Federer, Serena Williams, and Rafael Nadal will headline Wednesday's exhibition at Melbourne Park, which will the Australian Open Grand Slam from January 20.

Tennis players have been quick to respond to the bushfire crisis, which has left at least 27 people dead, burned an area the size of South Korea and prompted a surge in concern over global warming.

Players on the men's tour have donated US$725,000, the Association of Tennis Professionals (ATP) said on Sunday.

Thank you to the @atptour players for their positive impact ❤️

A $725,000 donation was made to @WWF_Australia and Nature Recovery Fund as part of the bushfire relief efforts. pic.twitter.com/ORfRDydzQM

"I'll also be making a donation personally myself on Wednesday," said Federer, a six-time winner of the Australian Open.

"This country has given me everything and more in the past so it's only but normal for me to help us well."

Over the weekend, Federer promised to talk to his sponsors after environmentalists criticised his relationship with Credit Suisse, which they say has loaned billions of dollars to the fossil fuels industry.

Federer said he was "grateful to young climate activists for pushing us all to examine our behaviours" after the criticism was retweeted by Swedish teenager Thunberg, a prominent eco-warrior.

"I appreciate reminders of my responsibility as a private individual, as an athlete, and as an entrepreneur, and I'm committed to using this privileged position to dialogue on important issues with my sponsors," he said in a statement that was widely quoted by media.