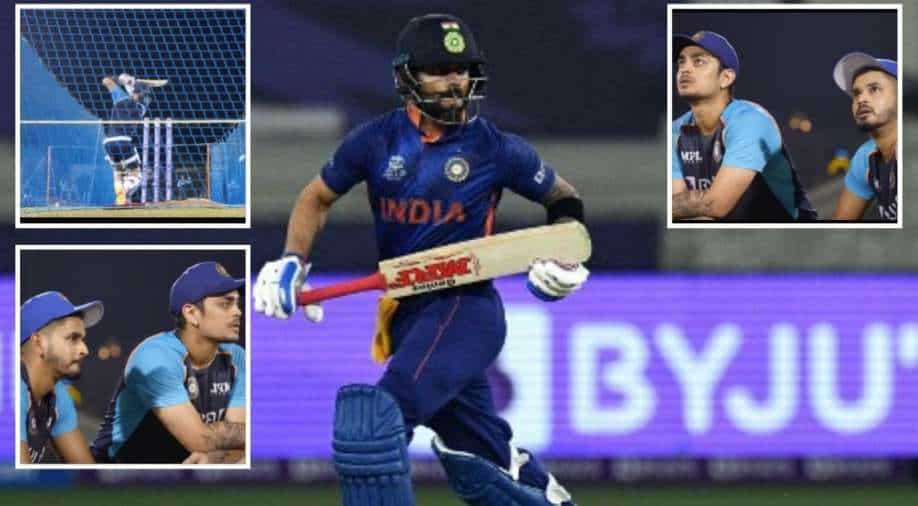 The Virat Kohli-led side is sweating it out for the upcoming clash against the New Zealand team in the ICC Men's T20 World Cup, which is scheduled to take place on Sunday (October 31). India lost their opening match of the Super 12 stage against Pakistan by 10 wickets, which makes the next contest against Kane Williamson's side extremely crucial.

A video posted by the official handle of ICC showcasing the "brilliance" and "glory" of the Indian skipper Kohli, gave a peek into India's training session ahead of the NZ match. More than the video, the adorable reactions of Ishan Kishan and Shreyas Iyer have grabbed attention. They are watching Kohli practising in the nets, the way a child looks at his favourite toy.

"If Hardik Pandya is not bowling – due to that shoulder injury he sustained in the match against Pakistan – Ishan Kishan has been in brilliant form so I will surely consider him ahead of Pandya," Gavaskar said on Sports Tak.

"And perhaps, you can think of Shardul Thakur in place of Bhuvneshwar Kumar. But otherwise, if you make too many changes, then you will show the opposition that you have panicked," he added.