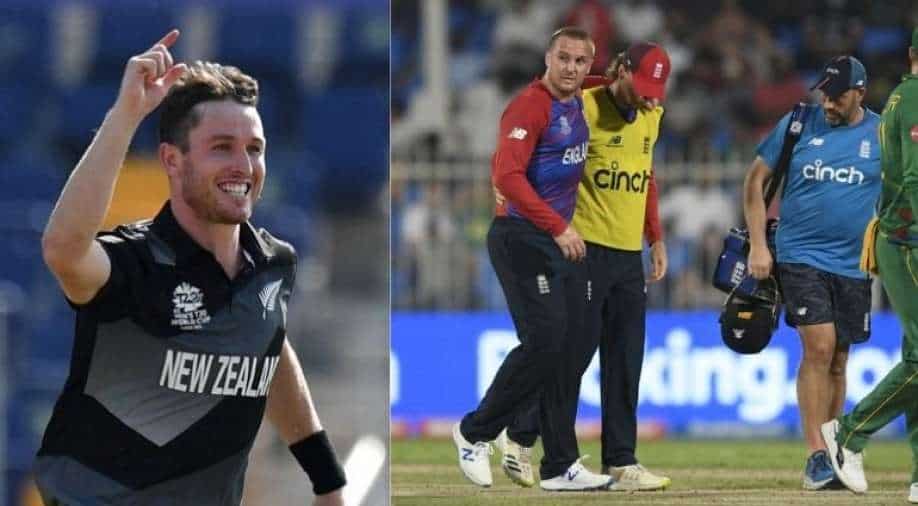 England and New Zealand have both qualified for the semifinals and will 'likely' face each other.

England will be formidable Twenty20 World Cup opponents even in the absence of injured opener Jason Roy, New Zealand bowler Adam Milne said on Sunday after his team reached the semi-finals.

New Zealand are likely to face England, who he described as "world class", in the first semi in Abu Dhabi on Wednesday in what would be a rematch of the 2019 one-day World Cup final.

Roy retired hurt with a calf injury in England's 10-run loss to South Africa on Saturday and the 2010 champions continue to fret on the opener`s availability for the knockout matches.

"I think when you look at the England order, they`ve got guys that can easily slot in to open," Milne said after New Zealand despatched Afghanistan in their final Super 12 match in Abu Dhabi.

"Jonny Bairstow has opened before. So I think whatever team they have coming out against us, it`s going to be a really strong team. We`ll have to be right on the mark."

Milne said New Zealand were aware of England`s strong white-ball record in recent years but backed themselves to do well against any opposition.

"They've got a powerful batting order and a very skilled bowling group. We know it`s going to be a real tough challenge.

"But saying that, we`ve also got a really good group with some really skilled bowlers, seamers and spinners and a really good batting group. We`re confident we can go out and beat anyone in this tournament."

Milne also had a word of encouragement for the Afghan side, who crashed out after their third defeat in five group matches.

"They're an incredibly talented group, and I only see them continuing to develop and become better and better."