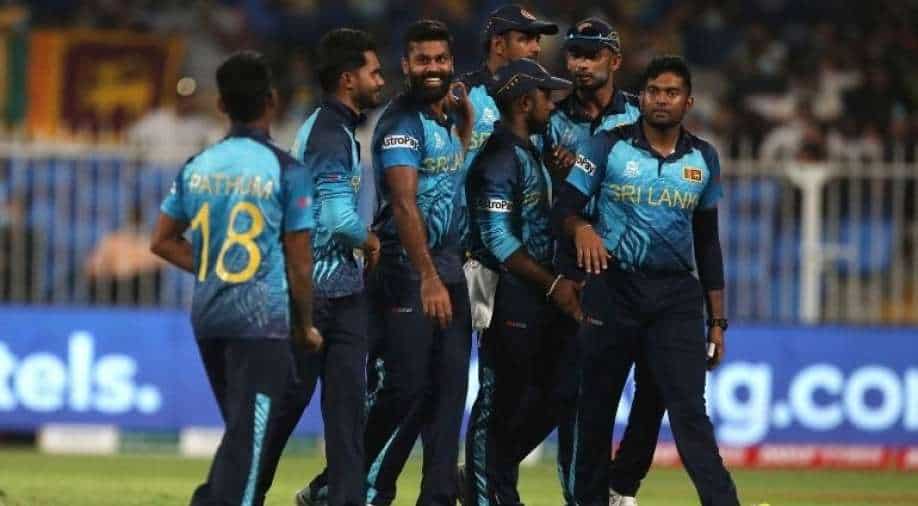 Already qualified for the Super 12s, Sri Lanka thrashed Netherlands by eight wickets in their final T20 World Cup first round match with the spin duo of Wanindu Hasaranga and Maheesh Theekshana bamboozling the opposition batters here on Friday.

The inconsequential match ended inside two hours, as Sri Lanka first bundled out the opposition for a paltry 44, the sixth lowest total in T20 history, and then cantered to the target in just 7.1 overs.

The chase was a walk in the park, as opener Kusal Perera, blazed his way to an unbeaten 33 off 24 balls, as he tore apart the Netherlands attack.

It was Sri Lanka's third win in as many matches and they topped Group A with six points. They now take on Bangladesh at the same venue on Sunday in their first Super 12 match.

The day surely belonged to the young Sri Lankan spinners, Hasaranga (3/9) and Theekshana (2/3), who spun their web around the Netherlands to bowl them out in 10 overs.

The 44-run total by Netherlands was the second lowest in T20 World Cup history.

Put in to bat, Netherlands lost in-form opener Max O'Dowd (2) cheaply, as he was run-out in the first over, courtesy a direct hit by rival skipper Dasun Shanaka.

It soon became 19/2 as young off-spinner Maheesh Theekshana used the carrom ball to perfection, as he cleaned up Ben Cooper (9).

Theekshana was on a roll, as he picked up his second wicket in the same over, again using the carrom ball to castle Stephan Myburgh (5). Netherlands was teetering at 20/3 at that stage.

Sri Lanka were surging as leg-spinner Wanindu Hasaranga (3/9) scalped two wickets in the fifth over.

First, he trapped Colin Ackermann (11) in the front, as the Dutch were in all sorts of trouble at 31/4.

Hasaranga, in a similar fashion, removed Bas De Leede (0) as Netherlands lost half their side for 32.

It was a procession for Netherlands batters as Roelof van der Merve (0) and skipper Pieter Seelaar (2) also went cheaply.

The rival skipper was again trapped in the front by Hasaranga, who produced a stellar show on a track which aided the spinners.

Right-arm pacer Lahiru Kumara (3/7) then sent the lower order packing, claiming three wickets in the 10th over, as misery continued for Netherlands, who were bowled out in just 60 balls.

While chasing, Sri Lanka lost opener Pathum Nissanka (0) in the second over, but Perera saw the team home without much fuss, as he took the Netherlands attack to cleaners, hammering six fours in the process.

Charith Asalanka, who replaced Dinesh Chandimal, could not make most of the opportunity, as he departed for six. But eventually left-handed Perera took the team home in company of Avishka Fernando (2 not out).