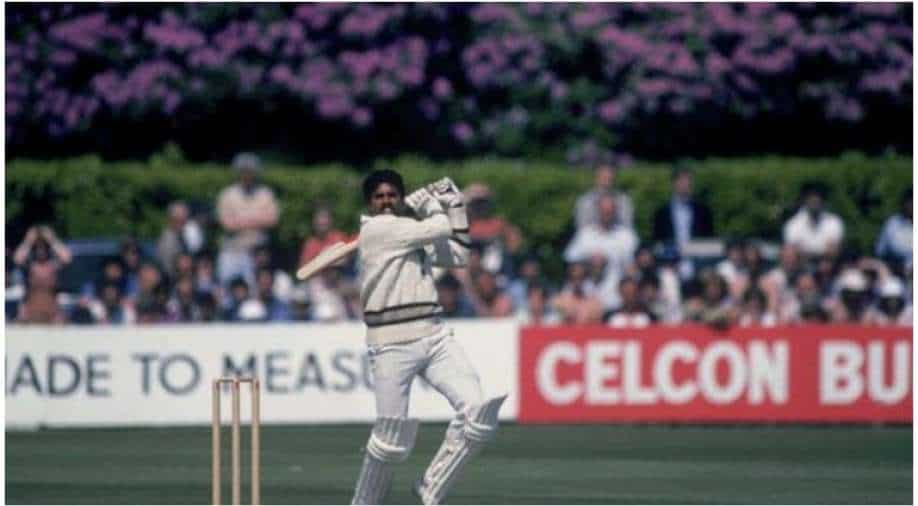 In a must-win game during the 1983 World Cup, Kapil Dev led from the front and scored a majestic 175* versus Zimbabwe. Syed Kirmani recalled the historic game before the '83' biopic's release.

Kapil Dev-led Team India created history when they went onto win the country's maiden World Cup during the 1983 edition in England. Back then, not many had given India any chance to proceed further into the tournament after their flop performances in the first two editions, in 1975 and 1979.

While Kapil & Co. started their campaign with two wins in a row, they soon fell flat with equal number of defeats as they faced Zimbabwe, for the second time, on June 18, 1983. It was a must-win game for India, who had convincingly lost their last two encounters. Opting to bat first, at Nevill Ground, Tunbridge Wells, India were off to a nightmarish start as they were reduced to 17-5 in no time.

Recalling his partnership with Kapil and how the Indian captain led the side's recovery, Kirmani was quoted as saying by the Indian Express, "I walked up to Kapil, who was standing there, his head down. It was a 60-over game and we still had 35 overs left in our innings. I told Kapil, ‘listen Kaps, we are in a do-or-die situation. We just cannot sit and die’. ‘Maar ke marne ka hai (we will go down hitting)’, he said.

"I tried to inspire him saying, ‘you are the best hitter in the Indian team. I will take singles and will give you strike. You will try to hit every delivery’. He said, ‘Kiri bhai, humko aur 35 overs khelna hai (we still have to play 35 overs). I will try my best’."

For the unversed, Kapil's innings comprised 16 fours and 6 gigantic sixes. In reply, Zimbabwe were dismissed for 235 as Kapil, Madan Lal and Binny led the charge with the ball.

From thereon, India gained momentum and reached the final, setting up a clash versus the two-time winners Clive Lloyd-led West Indies.

In the summit clash, Windies bundled out India for 183 after inviting them to bat first. Kirmani recalled Kapil's words during the mid-innings and said, "Even when India could only score 183 runs in the final against West Indies, Kapil had not lost hope. “Even after we were all out for 183 in the final, we weren’t looking back. We had nothing to lose. Kapil said, ‘let’s go and give our best’. We had already overachieved. We decided to put our best foot forward."

As a result, India managed to pull off an upset and beat West Indies by 43 runs, dismissing them for 140 courtesy Madan and vice-captain Mohinder Amarnath's three-fers.

On December 24 (Friday), Ranveer Singh-starrer 83 is set to hit the silver screens, a movie on India's historic triumph in the 1983 WC. Hence, many will get to relive the epic journey where an underdog Indian team rose to the occasion and created history against all odds.