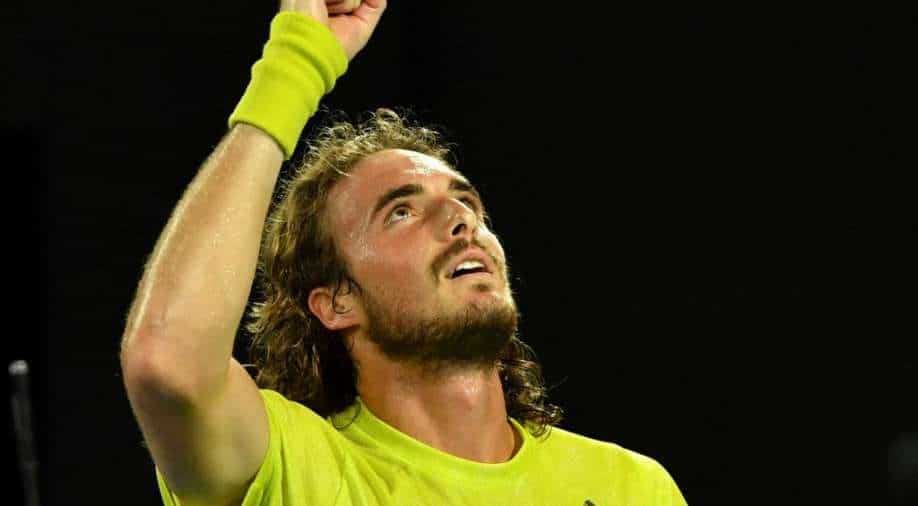 Stefanos Tsitsipas on Wednesday stunned 20-time Grand Slam winner Rafael Nadal 3-6, 2-6, 7-6 (7/4), 6-4, 7-5 at the Australian Open 2021 to set-up a cracking semi-final encounter against Daniil Medvedev. Tsitsipas came back from 2 sets down to defeat the Spaniard as he became the only the second player to beat Nadal from that scoreline.

"I don't know what happened after the third set -- I fly like little bird, everything was working for me," Tsitsipas said.

ALSO READ: 'Within the rules': Shocked Barty says Muchova timeout not to blame

"The emotions at the end were indescribable, they were something else."

Nadal lost the match after going two sets up in a Grand Slam - only twice in his career - having previously been defeated by Fabio Fognini in the third round of the US Open 2015.

Nadal, 34, ends the Australian Open 2021 tied with Roger Federer on 20 Grand Slam titles. However, Novak Djokovic can still pull within the two if he goes on to win his 18th Grand Slam at Melbourne Park. Djokovic will play the other semi-final against Russian qualifier Aslan Karatsev.

Fifth seed Tsitsipas will not look to reach his maiden Grand Slam final when he takes the court to face an in-form Daniil Medvedev in the semi-final. Tsitsipas defeated Nadal for just the second time off eight matches.

INDvsSA: When and where to watch India vs South Africa 1st ODI match - IST time and streaming details