Start with bilateral cricket, instead of World Cup: Ravi Shastri on resumption of gentlemen's game 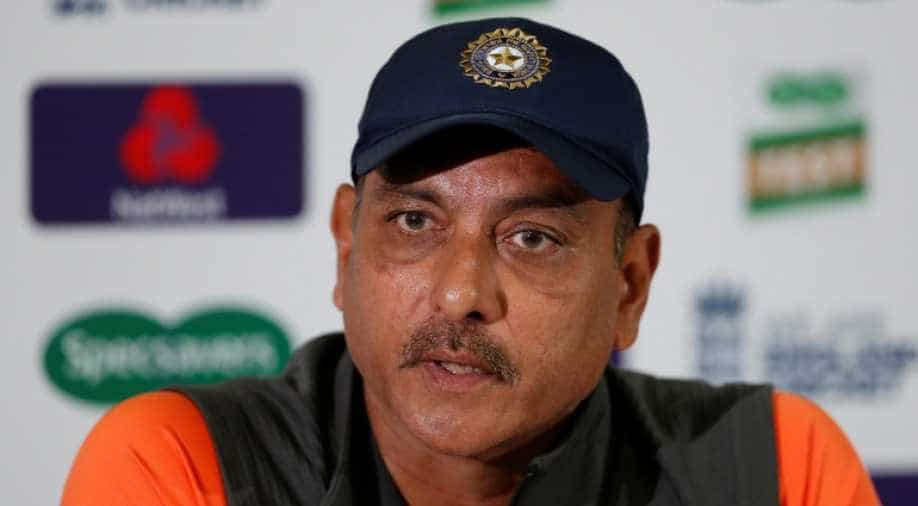 The head coach of the Indian cricket team, Ravi Shastri has said he would prefer to play a bilateral series instead of a full-fledged T20 World Cup after cricket comes to life post-lockdown.

The head coach of the Indian cricket team, Ravi Shastri has said he would prefer to play a bilateral series instead of a full-fledged T20 World Cup after cricket comes to life post-lockdown. As far as live sport is concerned, Shastri has set his priorities clear whenever cricket resumes in the near future.

Shastri said that the last couple of months will be counted as most horrible phase in a sportsperson’s life while adding the ‘only consolation perhaps is that cricketers or sportspersons in general are not the only ones who’ve been left shattered by what’s happening. The world, in general, is suffering, waiting for normalcy to resume”.

ALSO READ: Sourav Ganguly: BCCI to suffer loss to the tune of Rs 4000 crore if IPL 2020 is cancelled

“The last two months, and a couple of more going forward perhaps, will count as the most horrible phase in the life of a sportsperson in close to seven or eight decades. Something like this is unimaginable,” Shastri was quoted as saying by a leading daily.

Apart from a few bilateral series, the ICC T20 World Cup 2020 is scheduled to be held in immediate future as far as cricket is concerned. However, for Shastri, the priority is to ensure domestic cricket and international cricket comes back to the field. As far as showpiece events like the T20 World Cup go, Shastri is completely against the idea of a multi-team tournament and wants cricket to come back to life with bilateral series in place.

“I wouldn’t put too much emphasis on world events right now. Stay at home, ensure domestic cricket comes back to normal, cricketers at all levels — international, First Class, etc — all get back on the field. That’s the most important bit.

“Second: Start with bilateral cricket. If we (India) had to choose between hosting a World Cup and a bilateral tour, obviously, we’d settle for the bilateral. Instead of 15 teams flying in, we’d settle for one team flying in and playing an entire bilateral series at one or two grounds,” Shastri asserted.