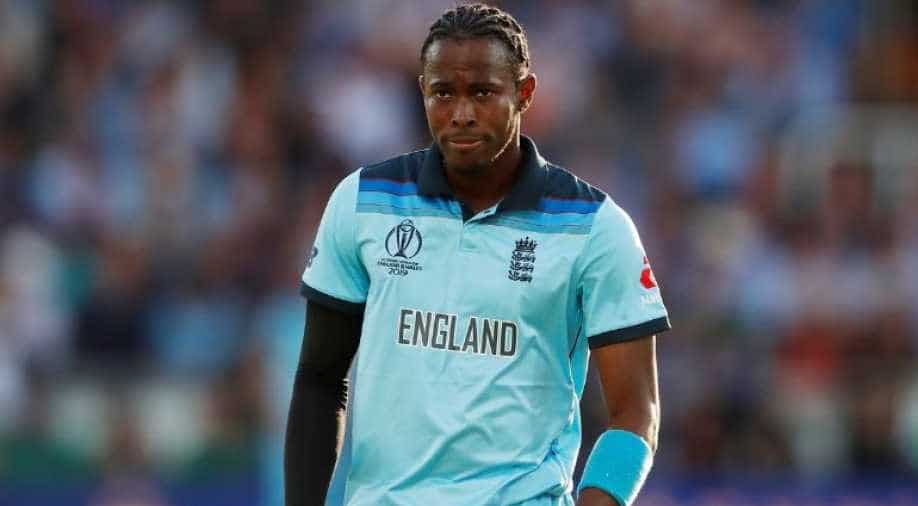 The pacer is set to miss the start of the upcoming Indian Premier League. He plays for Rajasthan Royals.

England pacer Jofra Archer will be undergoing surgery on his right hand, ECB said on Saturday. The star pacer was sent back home from the on-going ODI series due to a worsening elbow injury.

Also read: 'I felt like I was watching a computer game': Stuart Broad after England's big win against India

"(Archer) had a further injection for the right elbow injury that had seen him declared unfit for selection for the current ODI series versus India," the ECB said in a statement.

The pacer is set to miss the start of the upcoming Indian Premier League. He plays for Rajasthan Royals.

"The procedure on Jofra's hand will take place on Monday... so he can recover during the planned break following his elbow injection.

"Further investigation and a specialist opinion was sought upon his return to the UK and, in conjunction with the ECB medical panel, it has been decided that surgery is the best option to manage his injury in the longer term."

The board even explained the reason behind the injury. They said: "Jofra suffered a cut to his hand while cleaning at his home in January shortly before flying to India to prepare for the Test series. The injury was managed by the ECB’s medical team through the tour and it did not impact on his availability."

Archer missed the first Test against India after sustaining an elbow injury but made a strong comeback in the second match. He played a crucial role for the visitors in the T20I series too picking up a career-best 4-33 in the fourth match in Ahmedabad. But was ruled out of the ODI series due to injury.