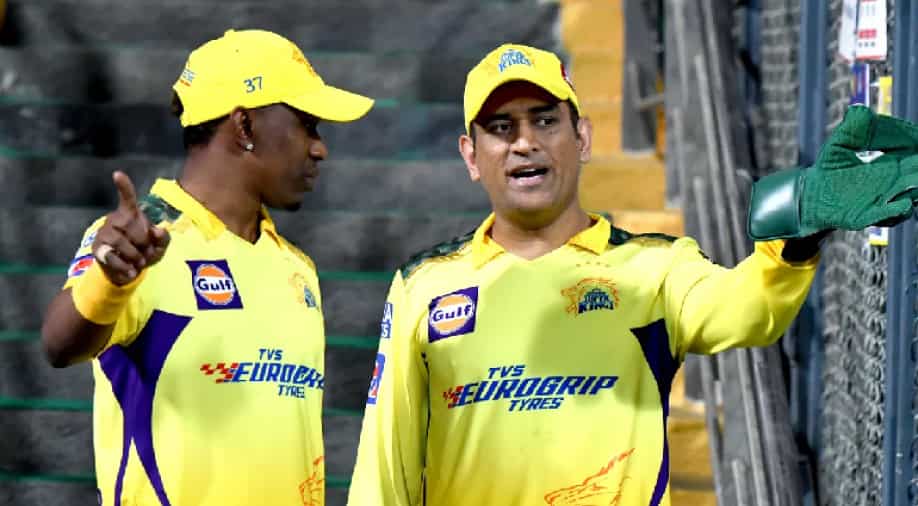 MS Dhoni will return as captain for CSK against SRH on Sunday. | Photo - IPL | Photograph:( Others )

MS Dhoni will return as captain of the Chennai Super Kings (CSK) when they take on Sunrisers Hyderabad (SRH) in the ongoing IPL 2022 on Sunday. Here is our prediction for the game.

Chennai Super Kings (CSK) will have MS Dhoni back leading the side once again after the legendary wicket-keeper batter was reappointed as the captain of the side less than 48 hours before the team's must-win clash against Sunrisers Hyderabad (SRH) in IPL 2022. Ravindra Jadeja stepped down from his post to hand over CSK captaincy back to Dhoni on Saturday (April 30).

Dhoni had passed on the baton to Jadeja ahead of the start of IPL 2022 earlier this year. However, the decision backfired as CSK endured a disappointing start to the season. The defending champions lost six out of their first eight matches to stand on the brink of an early exit from the tournament.

Dhoni has now returned at the helm but has his task cut out as CSK need to win their remaining six matches on the trot to stand a chance at making it to the playoffs. His first big test will be against SRH, who have been one of the in-form teams this season and were on a five-match winning streak which came to an end in their last outing against Gujarat Titans.

Both teams are heading into the clash on the back of defeats in their respective last matches. While CSK went down against Punjab Kings in their last game, SRH lost to table-toppers Gujarat Titans. Both teams will be hoping to return to winning ways when they come up against each other at the MCA Stadium in Pune on Sunday.

SRH will hope for a better show from their bowlers after their pace attack barring Umran Malik was taken to the cleaners by GT batters Rashid Khan and Rahul Tewatia in their last game. CSK have far more concerns in their line-up compared to SRH as their openers have struggled this season and the bowling attack has lacked an edge in the absence of Deepak Chahar.

However, with Dhoni back leading the team, CSK will be eager to defy the odds and spark a turnaround in the remainder of the season. They still have six games in hands and will be hoping to ensure they can somehow make it to the playoffs.

MS Dhoni is back as captain for Chennai Super Kings but the legend will be under pressure right from his first game as the leader of the team. Nonetheless, CSK have enough experience and firepower in their line up to come out on top against SRH and start what could be an epic turnaround for them this season.