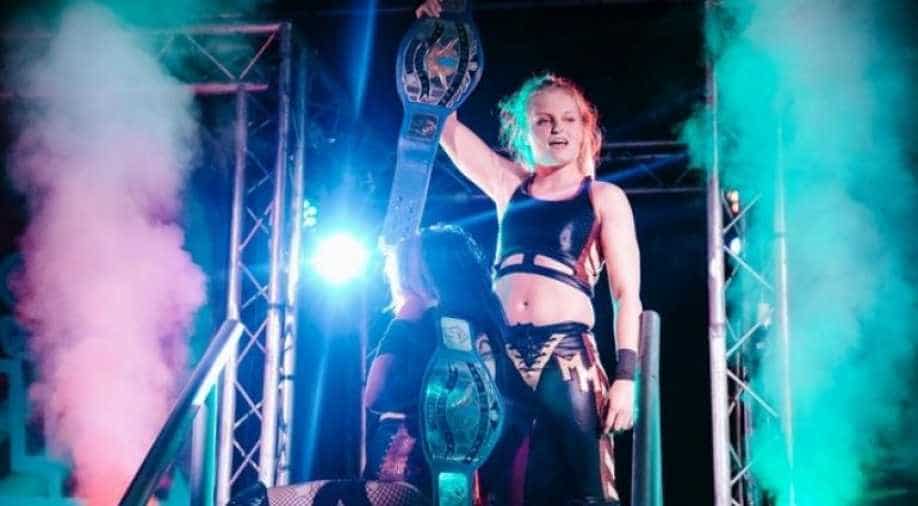 "I just didn't want to be there because I'd had to have been around him and all his friends."

Wrestling stars from WWE and AEW have been accused of sexual and physical abuse after #SpeakingOut emerged. #SpeakingOut is a #MeToo movement but for the wrestling industry.

One of the wrestles to come forward was Millie McKenzie. She accused her former trainer and New Zealand-born wrestler Travis Banks of emotional abuse during their relationship. McKenzie was 17 when she entered into a relationship with her then 30-year-old Banks.

Their public platform needs to be removed. They are not positive role models, regardless of their talent.

In an interview with BBC, she said: "I hated wrestling. I hated everyone. I didn't talk to anyone".

"I just didn't want to be there because I'd had to have been around him and all his friends."

Banks on the other hand was also released by the WWE's NXT UK promotion. He spoke to BBC and issued a statement. He said: "I apologise again for the pain that was caused. This was an entirely consensual relationship but I recognise that what happened should not have happened.

"I support the efforts being made by the Speaking Out movement to enable everyone in wrestling, and other sports also, to feel safe and never have to face a similar situation."

Many women wrestlers have come forward for the #SpeakingOut movement. But some wrestlers like Ring of Honor star Kelly Klein who said she was raped, have chosen not to comment on this movement.

Male performers like David Starr and Impact Wrestling's Joey Ryan issued pacifying statements in response to a wave of allegations of sexual misconduct and then disappeared from social media.

Impact wrestling has fired Joey Ryan. According to WWE, it had released 205 Live and NXT star Jack Gallagher after he was accused of a sexual assault dating back to 2014, though the company did not give details of the reason for that decision. Gallagher is yet to respond to these allegations.

The WWE released a statement on the allegations against the performers in the wrestling company. It said: "Individuals are responsible for their own personal actions. WWE has zero tolerance for matters involving domestic violence, child abuse and sexual assault.

"WWE's ability to fine, suspend or terminate a WWE talent will not be, however, limited or compromised in any manner in the event incontrovertible evidence of such illegal misconduct is presented to WWE."