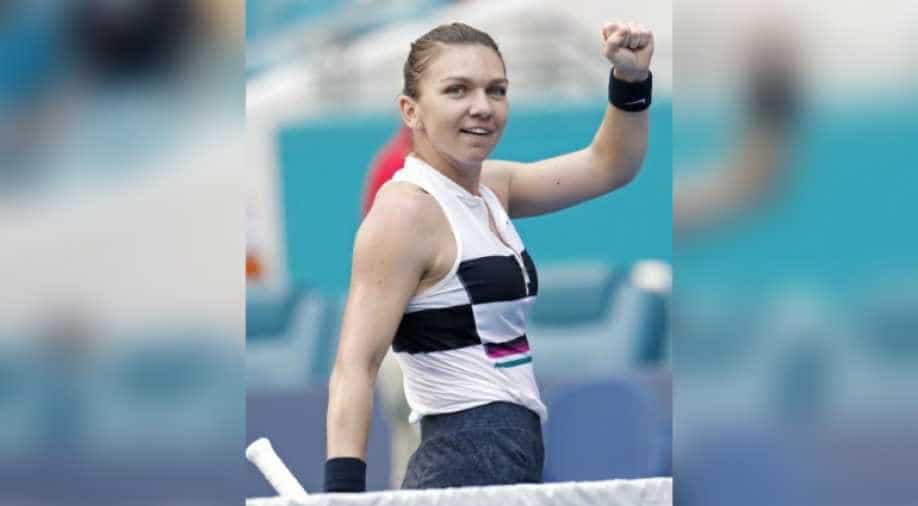 Most defending champions would start a grand slam with added pressure but Simona Halep declared she would kick off her French Open campaign knowing that she's 'done it already'.

"It's much better and much easier, because I have the title already. Doesn't matter anymore what is going to happen," the 27-year-old told reporters on Friday ahead of the May 26-June 9 claycourt tournament.

"Everything comes now as a bonus. So I will try just to give my best and to see if I'm able to do it again."

Halep, who lost in the 2014 and 2017 finals in Paris, will kick off her campaign against Australian Ajla Tomljanovic and appears to have an easy path to the quarter-finals, where she faces a potential clash with Czech Petra Kvitova.

"I will try to do things (like) a kid, enjoying the time. I wanted this badly, and I wanted so much that now having it, I just want to be happy and to smile," said Halep, who has not gone past the fourth round in a grand slam since she triumphed here last year.

"Yesterday when I had the chance to touch the trophy again (at the draw ceremony), I wanted to take it home, but I was not able to do that."

On clay, she reached the final of the Madrid Open before losing in the second round of the Italian Open last week.

"I played so well in Fed Cup (against France). I really felt the game, and I was really confident after that tie. Also disappointed that we couldn't win the match, but still gave me a lot of confidence," she said.

"And then going to Madrid which is maybe my favourite tournament, because I won twice there, and I played two finals, even if I didn't win the final, I felt that my level is very high.

"I have confidence. I don't count Rome this year."