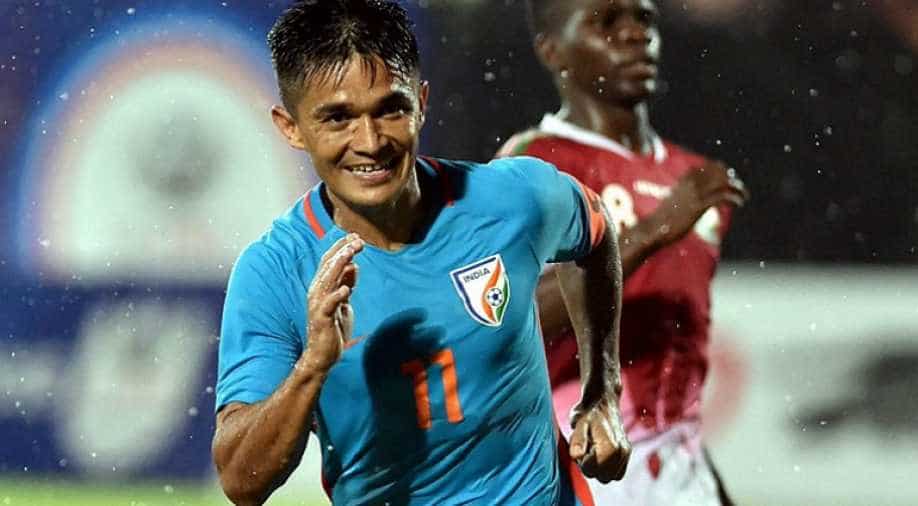 Several netizens reacted to the video making it the talking point on social media.

Virat Kohli posted a video of an ‘accidental crossbar challenge’ on Twitter showing off his football skills. The video garnered a lot of reaction from the netizens, including, Indian football captain Sunil Chhetri.

Sunil Chhetri, the Indian football captain and country's highest goal-scorer, has been good friends with Indian skipper Kohli. Both have shared a warm relationship with each other and people got a sneak peek in their Instagram live that took place in May last year.

“Saare coaching sessions ka ek hi invoice bheju, ya aasan kishton mein chukaoge, champ? (Should I send a collective invoice for all the coaching sessions or do you want to pay me in easy instalments, champ?),” tweeted Chhetri while quoting Kohli’s video.

On Tuesday, skipper Kohli took to Twitter and posted a video in which he can be seen attempting to score a goal but ends up hitting the crossbar.

Several netizens reacted to the video making it the talking point on social media.

Recently, New Zealand legend Richard Hadlee lauded skipper Kohli for his contribution to Team India and said that he was responsible in ensuring that the team is still competitive.