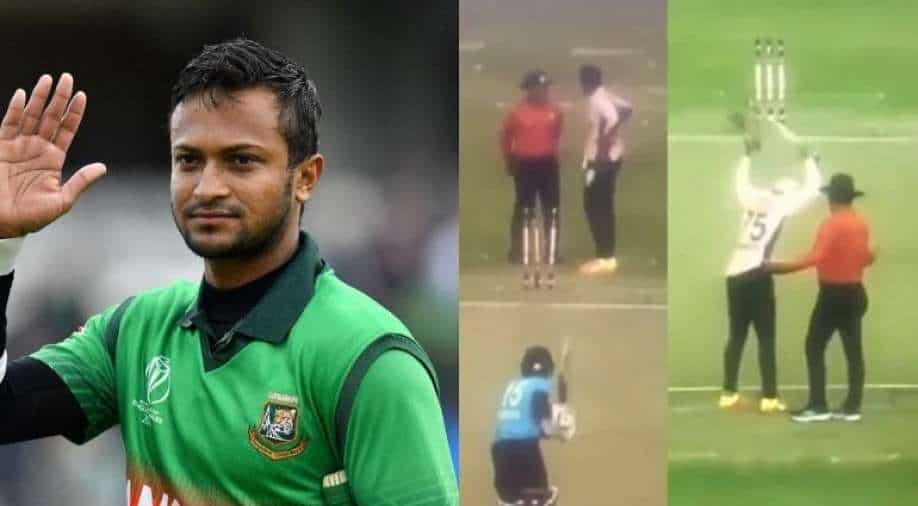 Shakib Al Hasan lost his cool while appealing for lbw against Mushfiqur Rahim in the Dhaka Premier Division Premier League clash and kicked the stumps. His anger did not end there, the all-rounder uprooted them and threw it away before rain stopped the play.

His outburst attracted a lot of criticism on social media, with several demanding a long ban for the player. However, a report from leading Bangladesh cricket portal 'BDCrictime' said that Shakib has been banned from four matches of the Dhaka Premier League.

"Mohammedan Sporting Club captain Shakib Al Hasan has been banned for four matches due to his arrogant behaviour in the Dhaka Premier League. He will not be able to play the eighth, ninth, tenth and eleventh round matches of the DPL," the report read.

The cricketer later took to Facebook and apologised for his actions and said: "Dear fans and followers, I am extremely sorry for losing my temper and ruining the match for everyone and especially those who are watching from home. An experienced player like me should not have reacted that way but sometimes against all odds it happens unfortunately. I apologise to the teams, management, tournament officials and organizing committee for this human error. Hopefully, I won't be repeating this again in the future. Thanks and love you all."